Another eggplant recipe!  This is the best of both worlds, let me tell you, chicken parmesan and eggplant parmesan together in one dish, all my Italian food dreams come true.  I had to stop myself from devouring the whole thing in one sitting….not that I actually would have, but I was tempted.  This recipe is not for the faint of heart, it takes a good chunk of time to panfry the chicken and eggplant and to make the marinara sauce, lots of little steps, but it’s worth it!  The final product is layers of eggplant parmesan, whole milk mozzarella, chicken parmesan, grated parmesan, more eggplant parmesan, finally topped with more mozzarella, and then baked just enough to crisp the mozzarella. 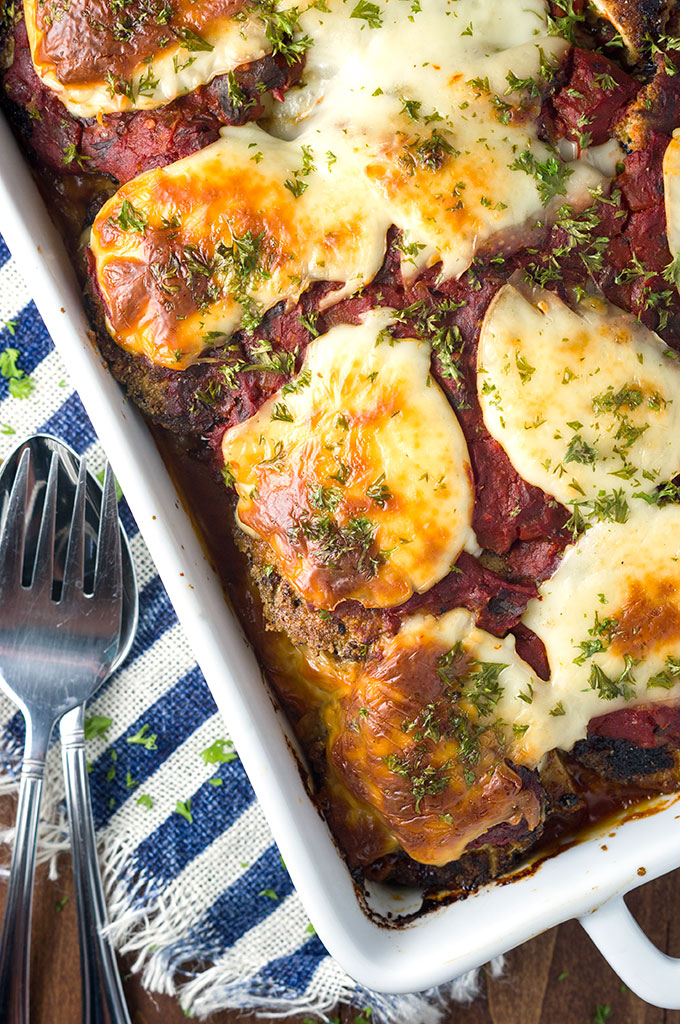 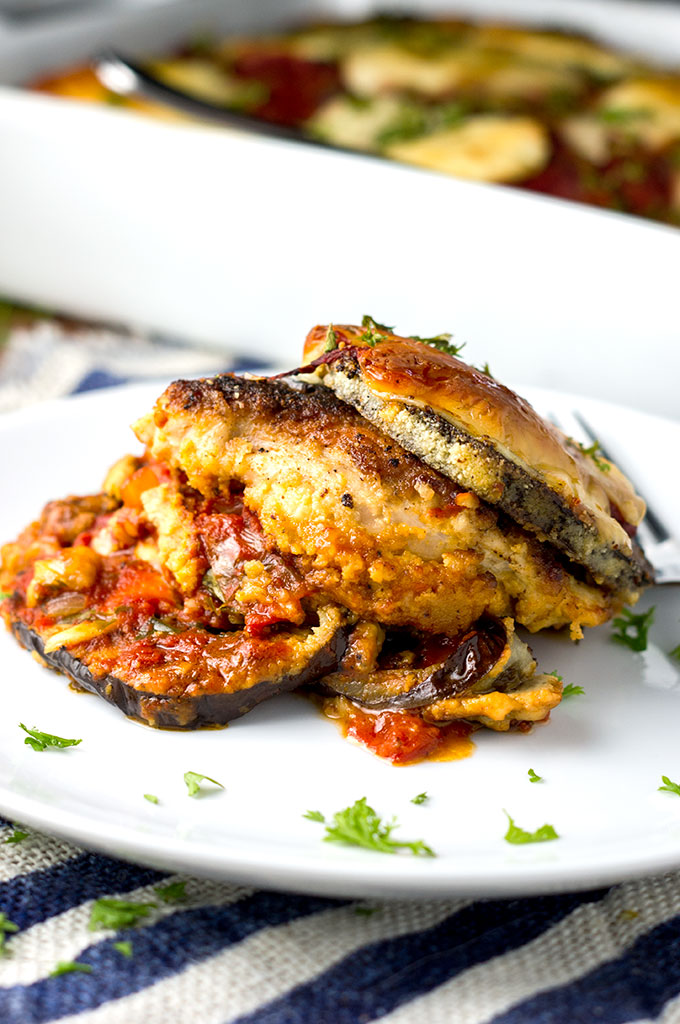 A few weeks ago the cafeteria at the hospital had eggplant parmesan as a special.  Now I normally just beeline straight toward the salad bar to avoid temptation by the all the main line dishes.  It’s not that the lunch entrees are unhealthy, I just don’t like eating a heavy lunch to be honest.   But that day, the smell of the eggplant parmesan was too much for me and I was overcome.  And it was so worth it for an amazing lunch, made the work day that much better.  The best thing about the cafeteria’s eggplant parm was that it was an eggplant parmesan casserole, like eggplant lasagna, but no meat in the sauce, just eggplant parmesan  layered with marinara sauce and cheese.  No pasta either.  I’ve been dying to try to make it at home ever since, and then the thought occurred to me that I should try to make it with both eggplant and chicken. 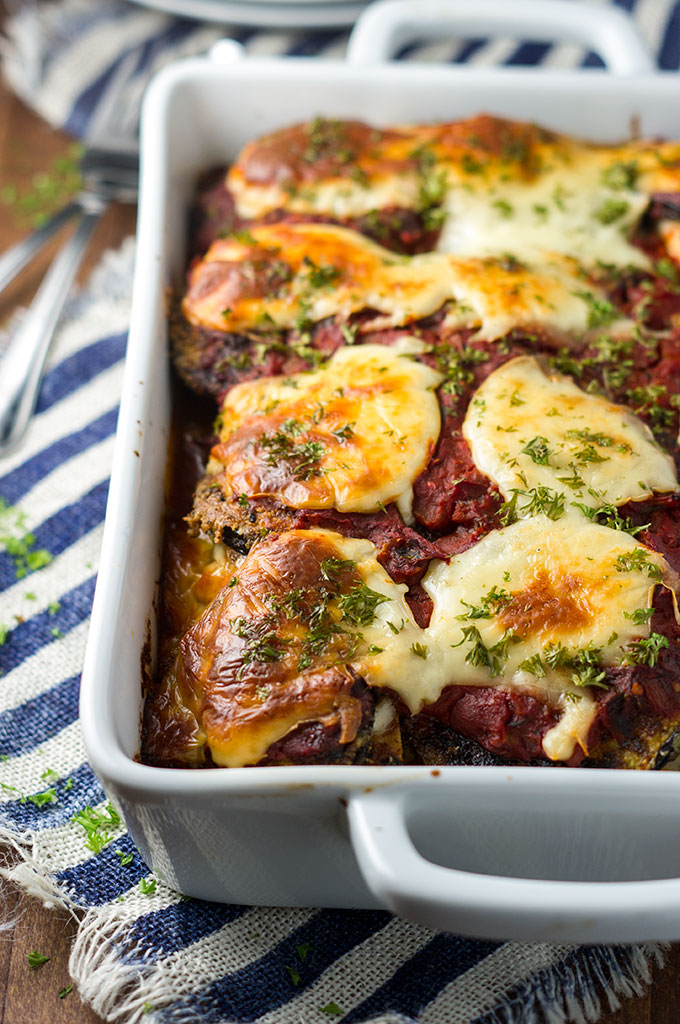 Because at restaurants, I rarely order eggplant parmesan, usually chicken or veal, I need protein with my meals, but I love eggplant, so I’m torn…. But problem solved with this creation!  I even used almond flour as the breading to keep the carbs low.  Honestly, I couldn’t tell the difference once you drown the eggplant and chicken parmesan in marinara sauce and cheese.  You could serve this over zoodles or spaghetti squash if you want to add to the meal and keep the carbs low, or dish it up over pasta.  I just ate it as is and that was perfect for me. 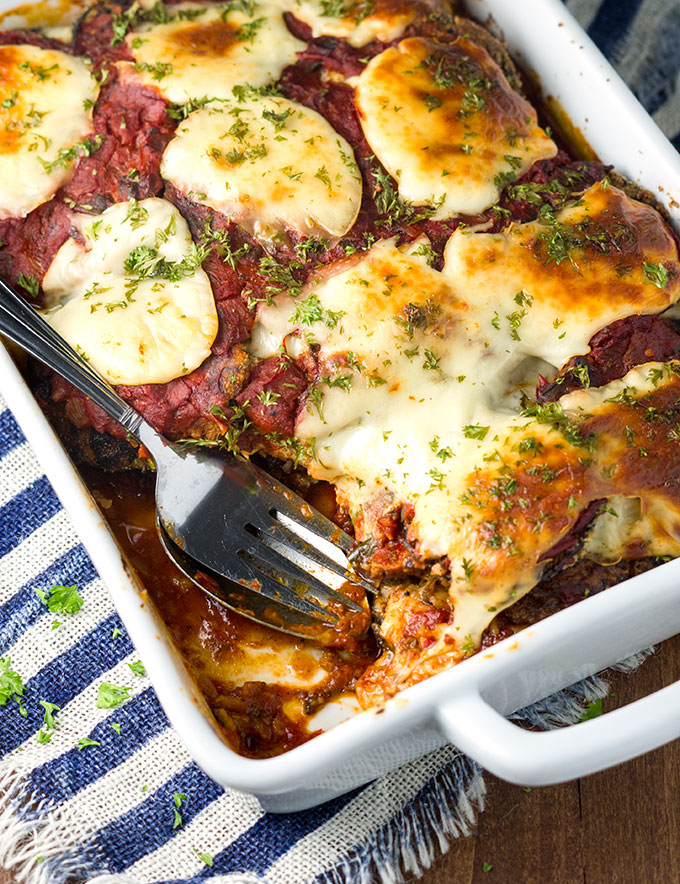 And, how perfect are these eggplants! 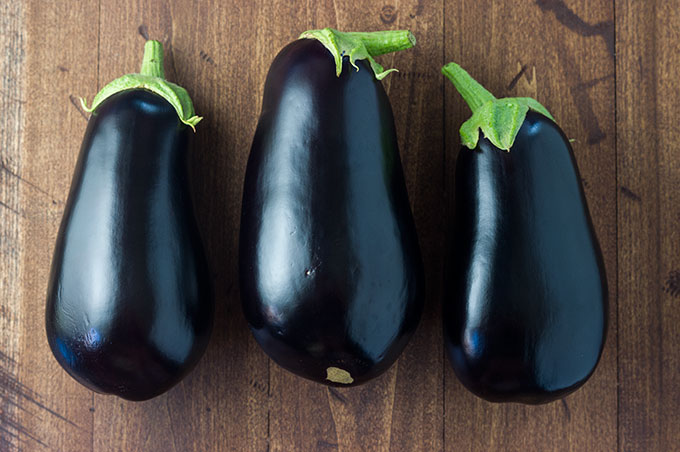 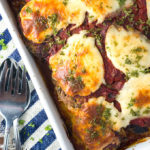