Tacos al pastor makes me think of carefree summer days, hanging out with friends, less responsibility…. I have an al pastor recipe in my recipe collection that’s from 2008.  I don’t remember exactly why I have an al pastor recipe from that long ago….  It’s likely from my college days when I would obsessively look up recipes to avoid homework. Thank goodness Pinterest wasn’t around until after I graduated…. 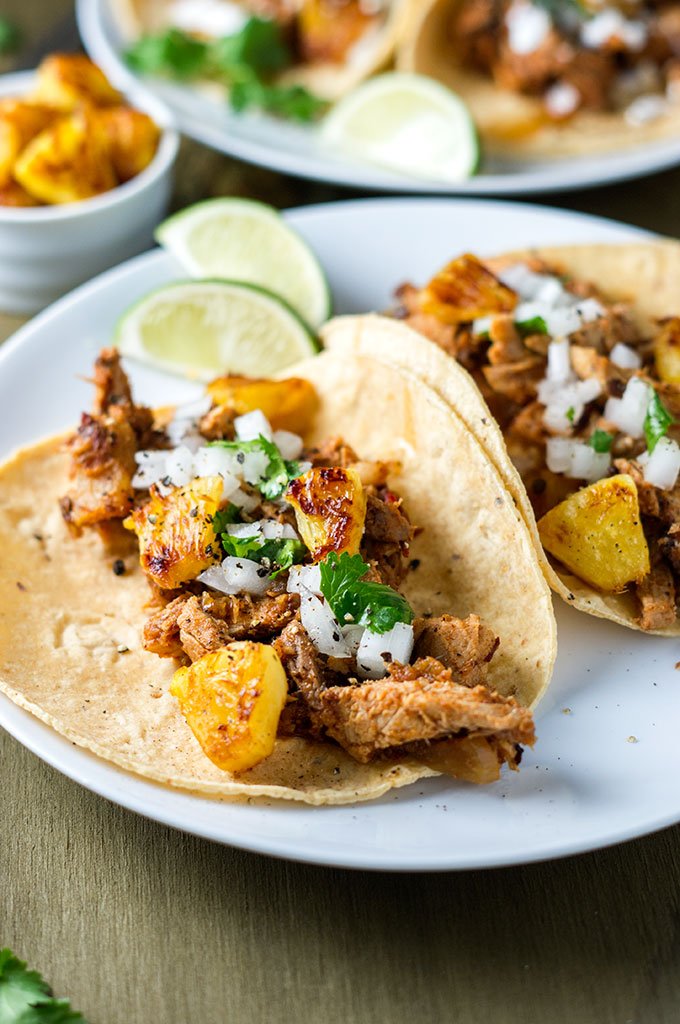 I may have made these tacos al pastor for a food demo at work one time as well, maybe.  I definitely do remember making them for our group of friends once, but it was years ago.  I don’t think Kris and I were even dating at the time (my cooking is what won him over, haha).  A group of us used to do “Sunday Funday” dinners and I made these tacos after a pool party one Sunday.  Let’s just say they were a big hit, at least that’s how I remember it!  Although, generally, I don’t think it’s too hard to impress of bunch of single guys who normally eat sandwiches or chicken and rice for dinner…. 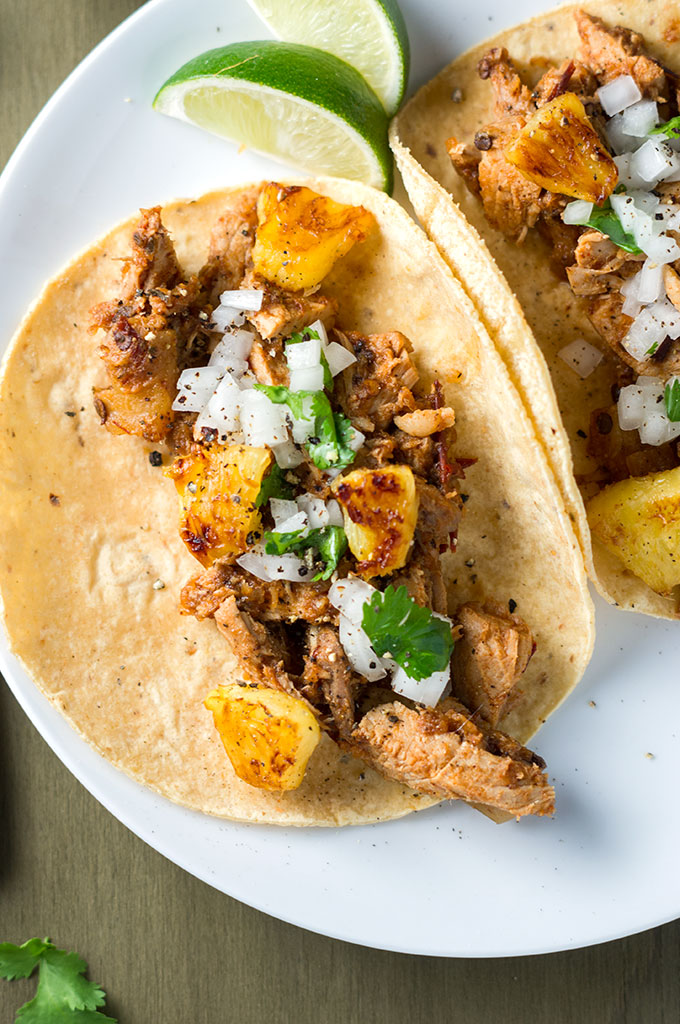 And it was one of those days…. You know how after spending a full day in the sun, you’re just ravenous and everything tastes so good?  Like camping?  Well, okay, these tacos al pastor are amazing no matter when you make them, but that one time I made them for Sunday Funday always stands out in my mind.  I think it’s the good memories from a wonderful day with friends. 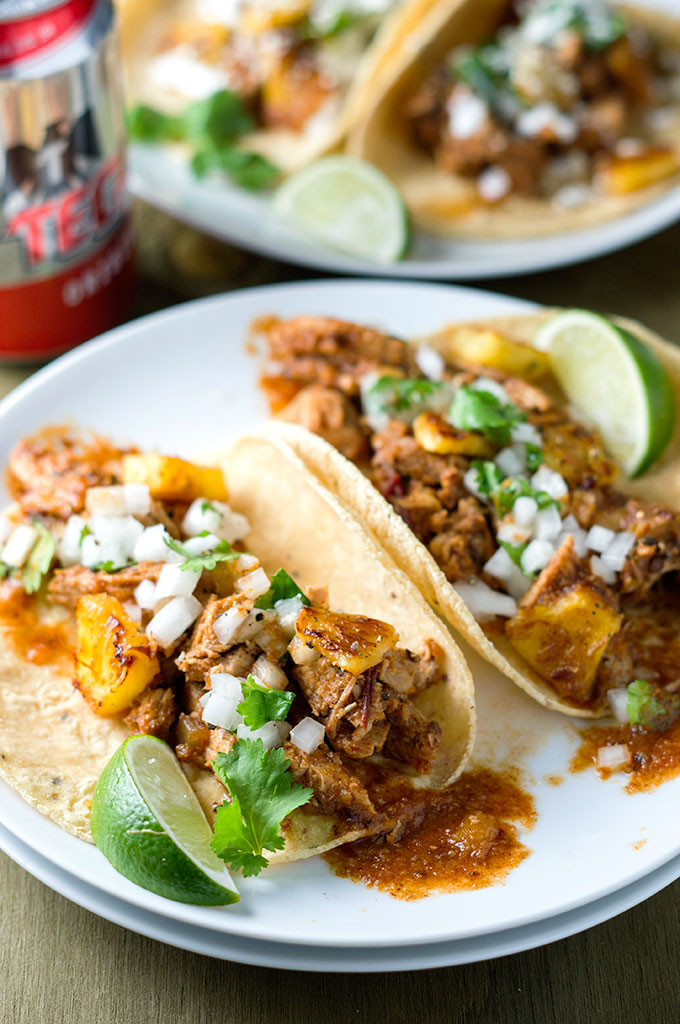 Food is like that, you know?  The emotional part of eating and all the feelings associated with the memory.  The social aspect of sharing a meal with people is part of what makes us human.   There’s something intimate about sitting down at a table with people and eating together.  It’s about the experience as well as the food.  I think that far too often, people are too busy to actually enjoy their food, they just eat to eat. 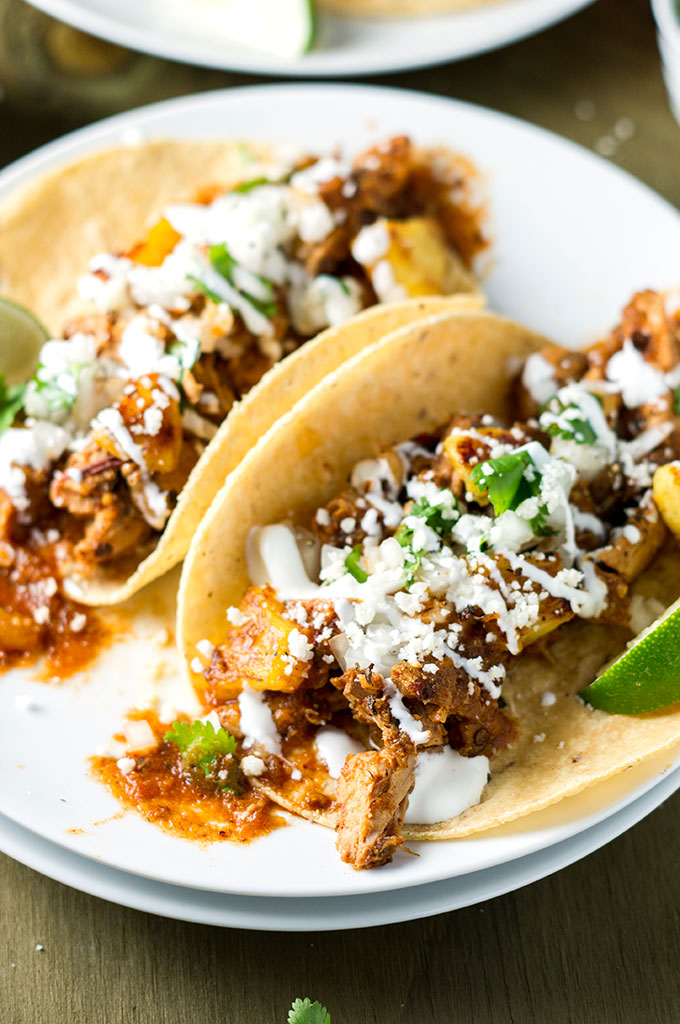 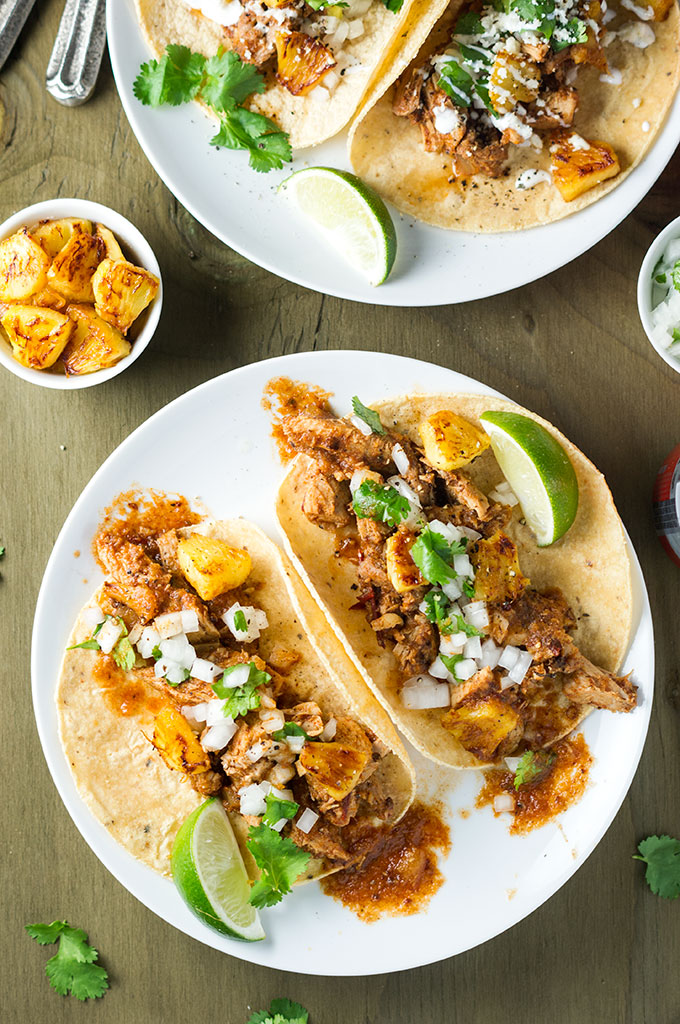 This recipe takes some of the pressure off slaving away in the kitchen all day, just throw everything in the crockpot and leave it.  Easy, peasy.  Traditional al pastor meat is prepared like shawarma, think of it like a Mexican gyro.  Preparing this dish in the crockpot takes no time at all and even though it’s a pretty hands off recipe, it will still impress. 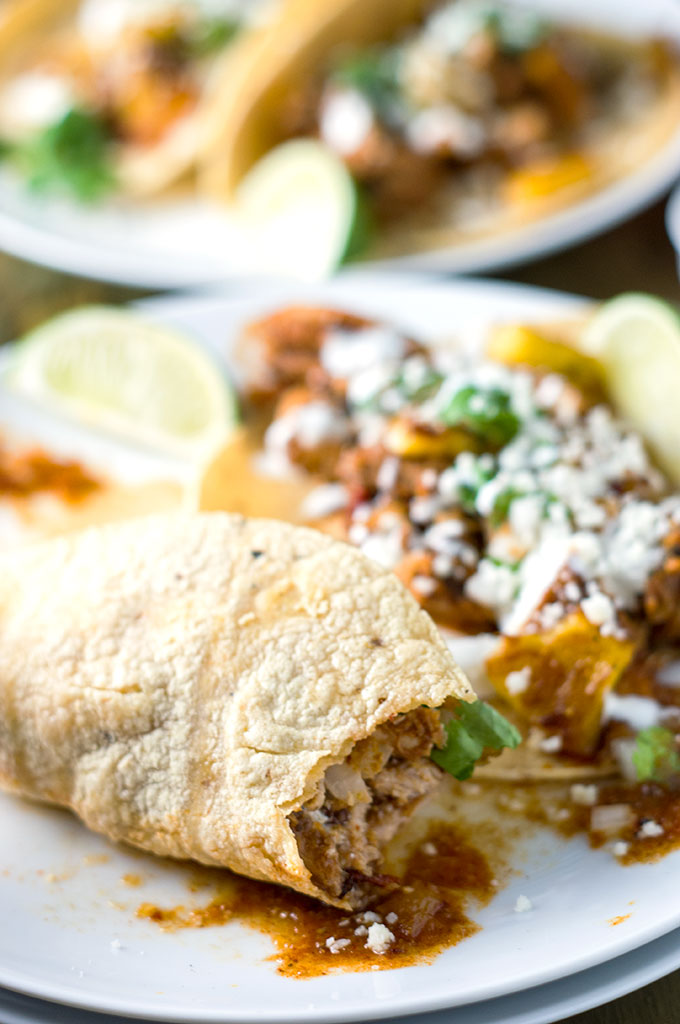 Tacos al pastor are my favorite tacos!  Enjoy them for Taco Tuesday and Cinco de Mayo! 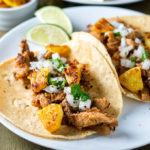