We don’t go backpacking nearly as much as we would like.  There are only so many weekends in the summer and most of ours have been spent rafting this year.  We only went once last year too…. At the end of  every summer we always swear we’re going backpacking more next year and then it never happens. Total fail.  Kris and I did get in one trip at the end of July and I made almost all of our backpacking food for the trip.  So I wanted to share the recipe for the dehydrated chicken tamale pie because it was a success and delicious! 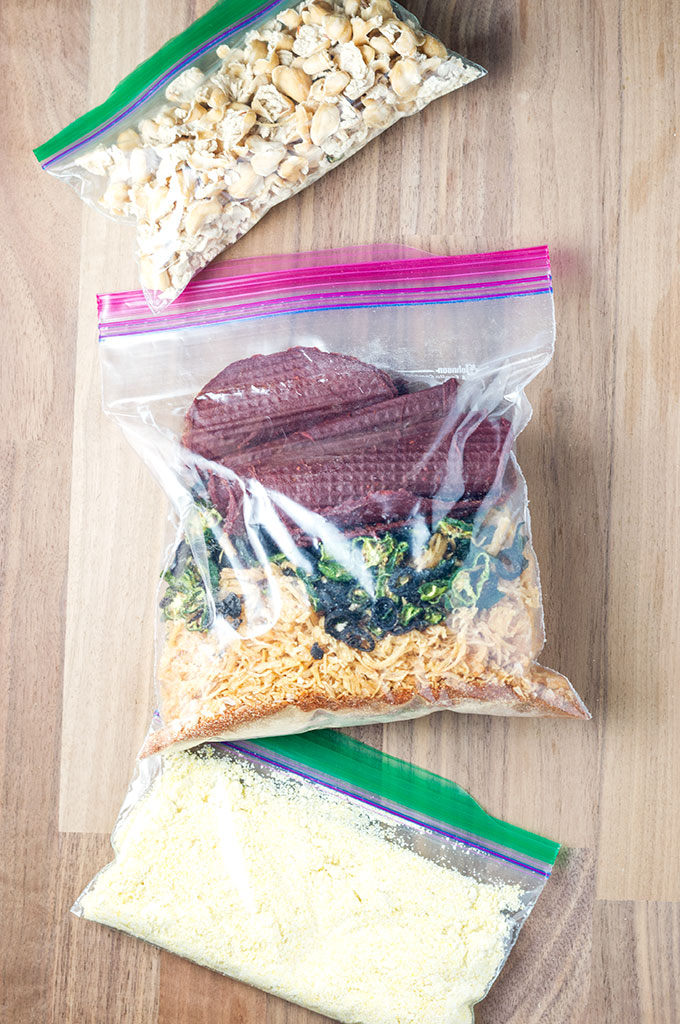 The final product – Jiffy cornbread muffin mix in a separate bag. Seasonings, vegetables, chicken, and tomato paste in one bag.

Okay, so now I have to back up and tell you why I decided to make my own dehydrated meals for backpacking.  Last year, Kris and I went backpacking with my parents and my cousin and her husband in the Seven Devils (near Riggins, Idaho, if anyone is interested).  Kris and I packed the Mountain House freeze-dried meals, which are honestly, pretty good.  Just a bit heavy for me….very carby, and salty.  So Kris and I are getting ready to heat water to add to the freeze-dried meal the first night, and I look over and see that my cousin and her husband have these amazingly, delicious homemade backpacking foods.  They totally showed us up!  And I was super jealous of their meals!


Anyway, this year on our backpacking trip to Big Hole (near Stanley, Idaho), I decided to make my own homemade backpacking food.  For our breakfasts, I made a mostly nuts and seeds granola with freeze-dried strawberries and powdered milk.  One was cocoa-flavored and the other cinnamon vanilla, just add water to eat.  We had salami and cheese sandwiches for lunch and trail mix for a snack.  Our first dinner was “pizza” on Flat-Out wraps with marinara sauce, pepperoni, and cheese. And the big reveal was the dehydrated chicken tamale pie! 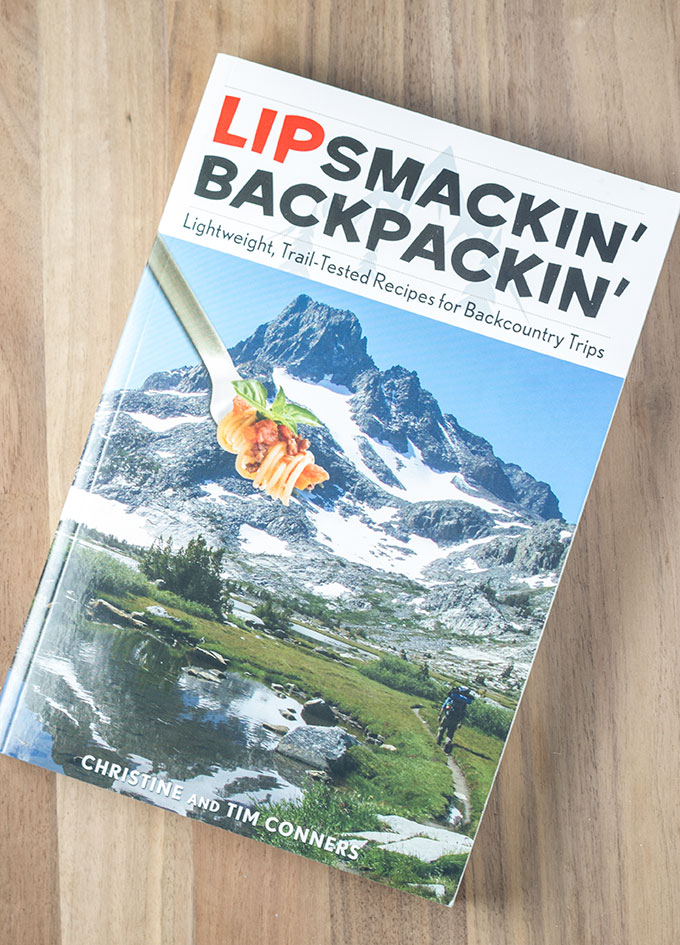 Inspiration for the recipe comes from a book that Kris purchased at REI – Lip Smackin’ Backpackin’ (also on Amazon).  The book has a recipe for tamale pie and I just modified it.  It took me about eight hours to dehydrate everything for the meal.  The canned chicken is awesome to dehydrate; it only takes four hours.  I did try dehydrating some canned cannellini beans this round and they turned out great.  So canned beans would be an option in place of the chicken, or in addition to it.  A dehydrator is key to making backpacking meals.  You could probably do it in the oven, but I don’t know how much time it would take or how well it would work overall.  Sorry there’s no picture of the final product prepared.  I’m selfishly storing this in the freezer for our next backpacking trip but to give you an idea of what it looks like, imagine chicken tortilla soup with a layer of polenta/cornbread on top. Enjoy! 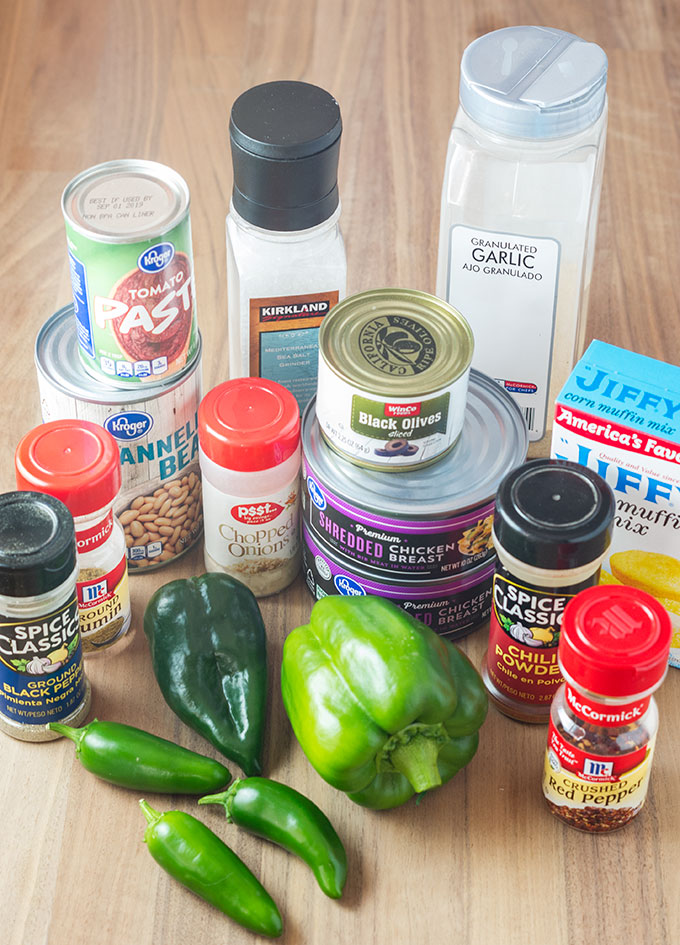 All the ingredients prior to dehydrating. 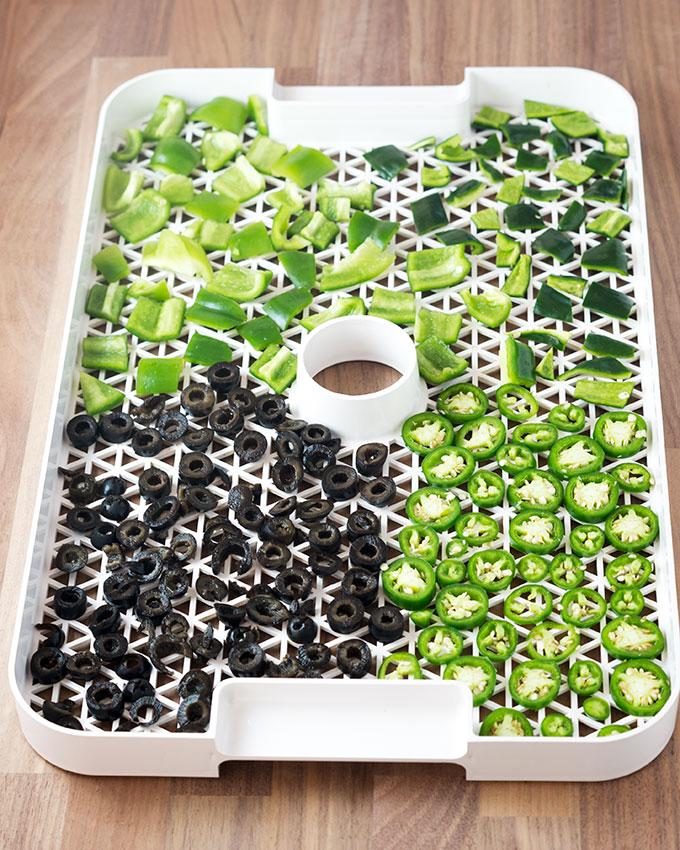 The peppers and olives before dehydrating. 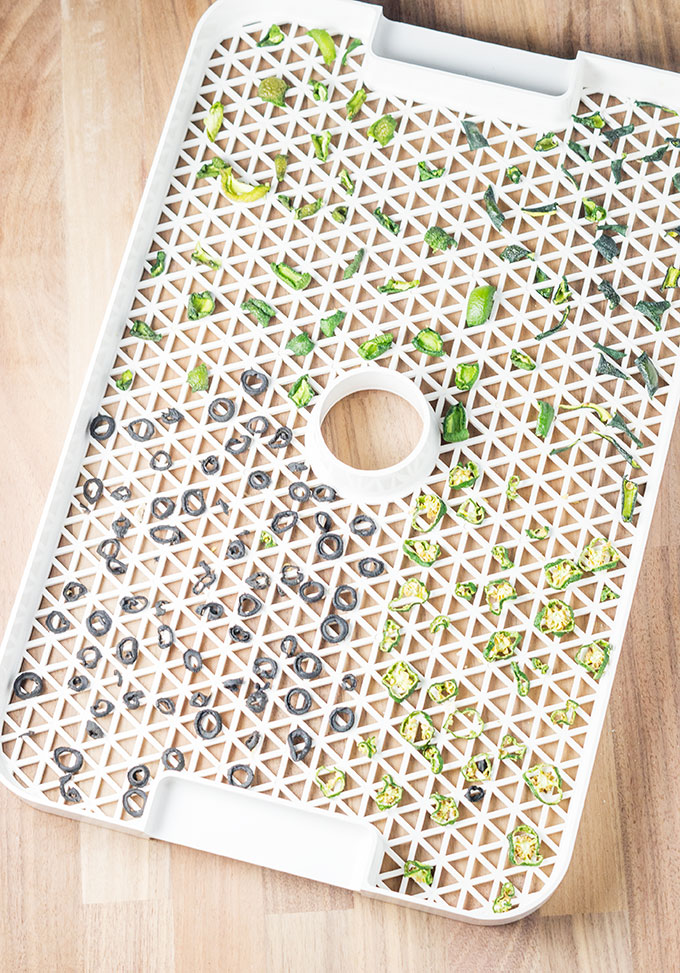 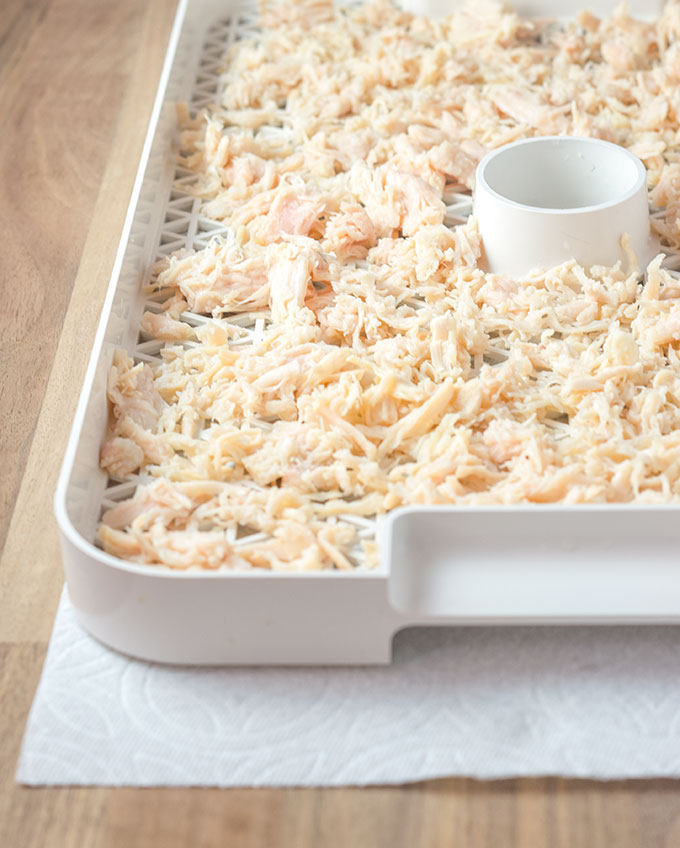 The canned chicken on the dehydrator tray. 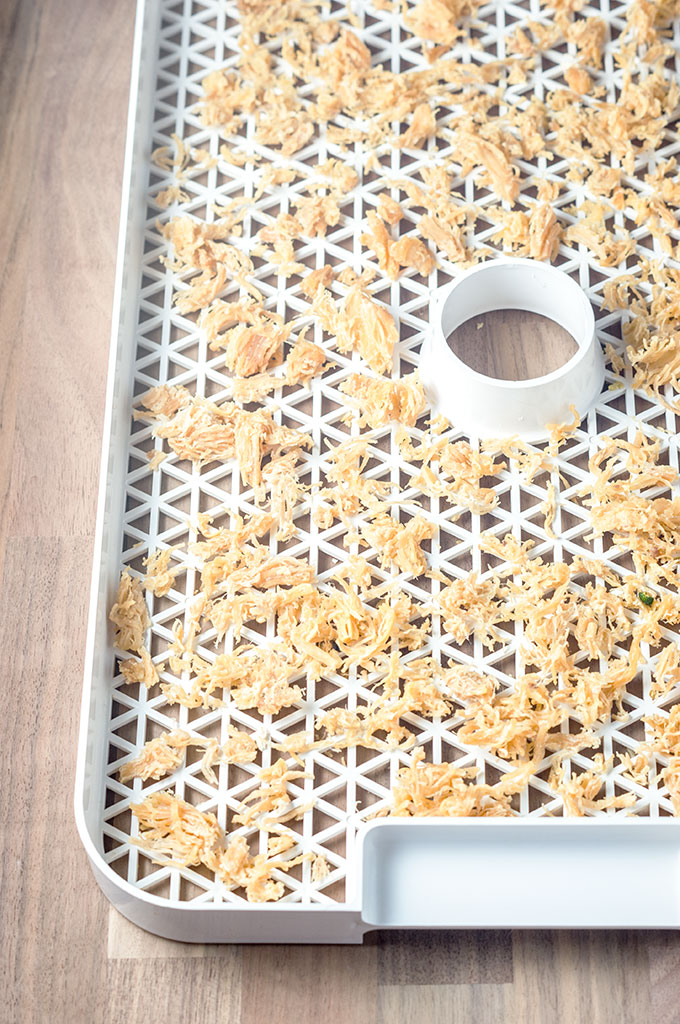 The canned chicken after dehydrating. 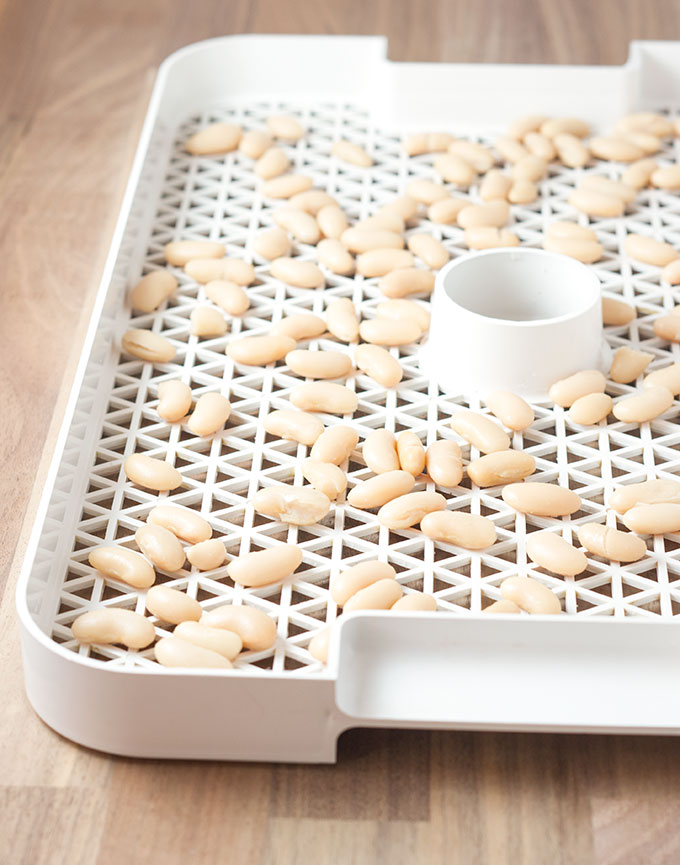 The cannellini beans before dehydrating. 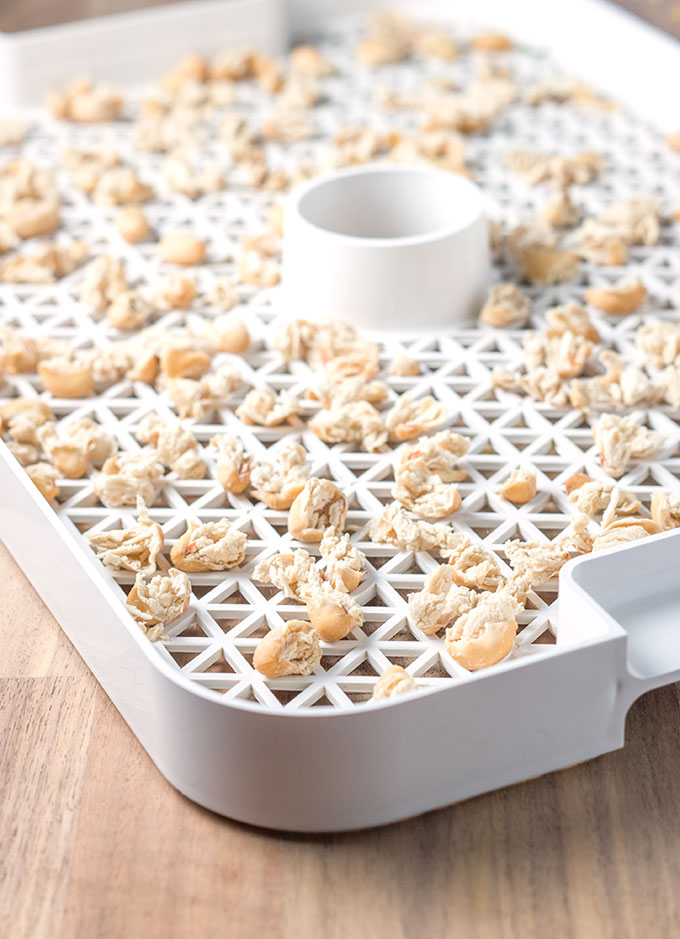 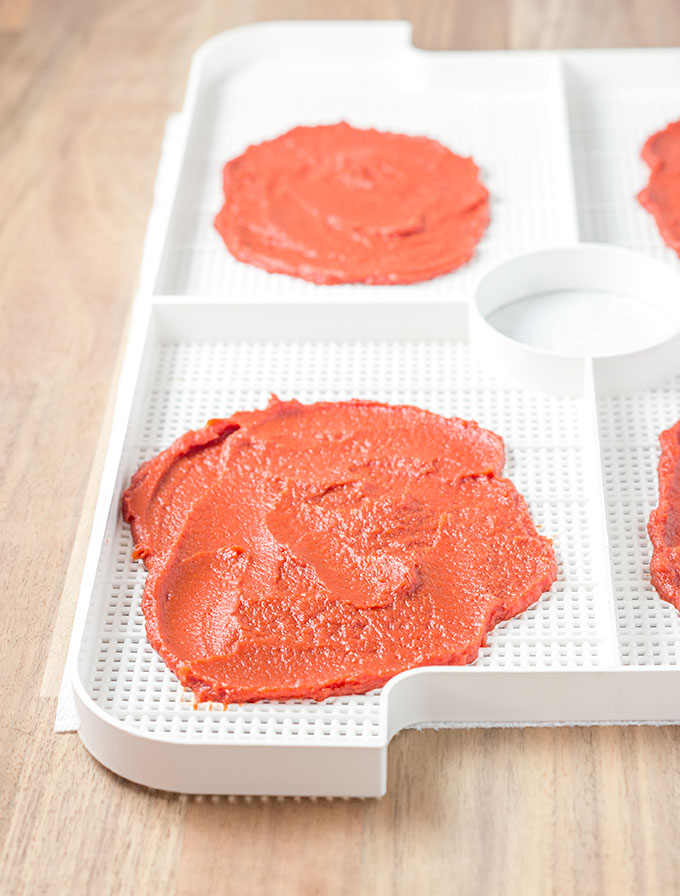 The tomato paste on the fruit leather trays. 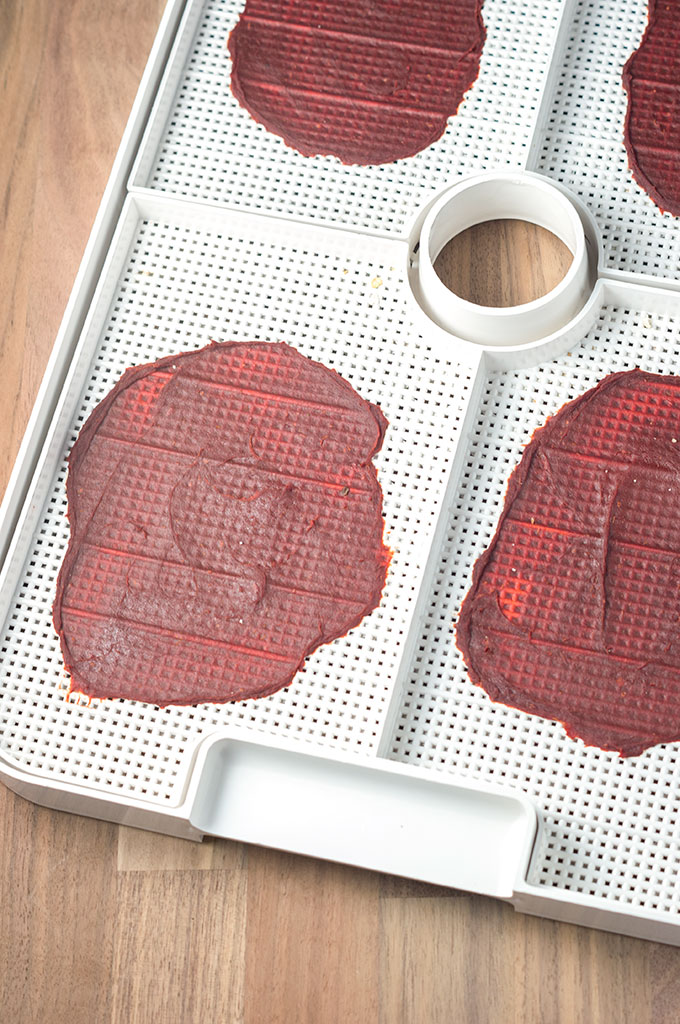 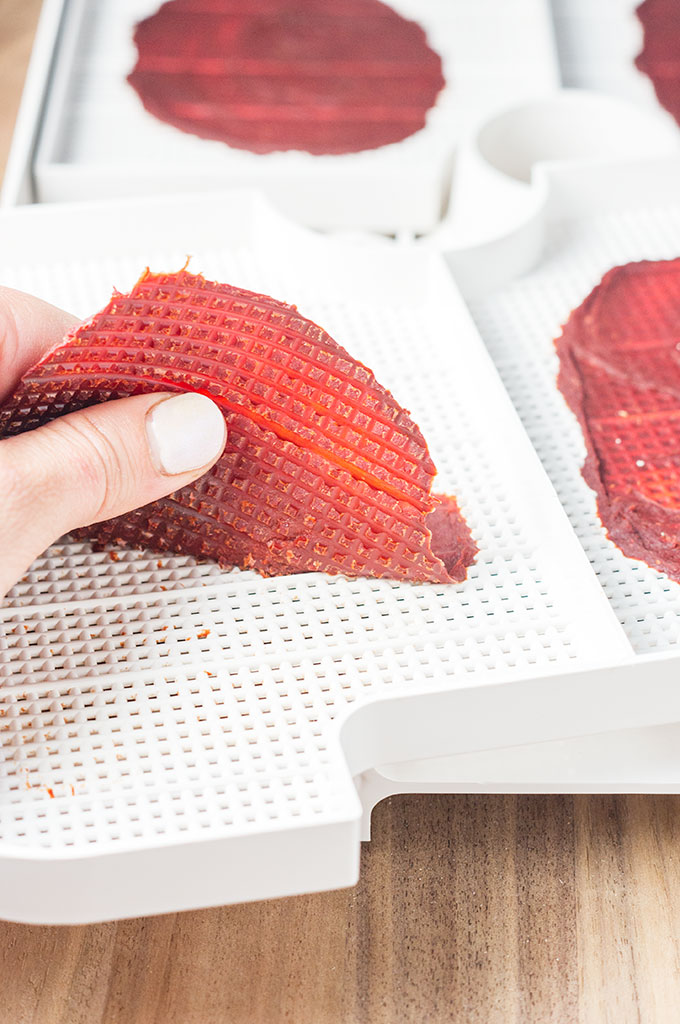 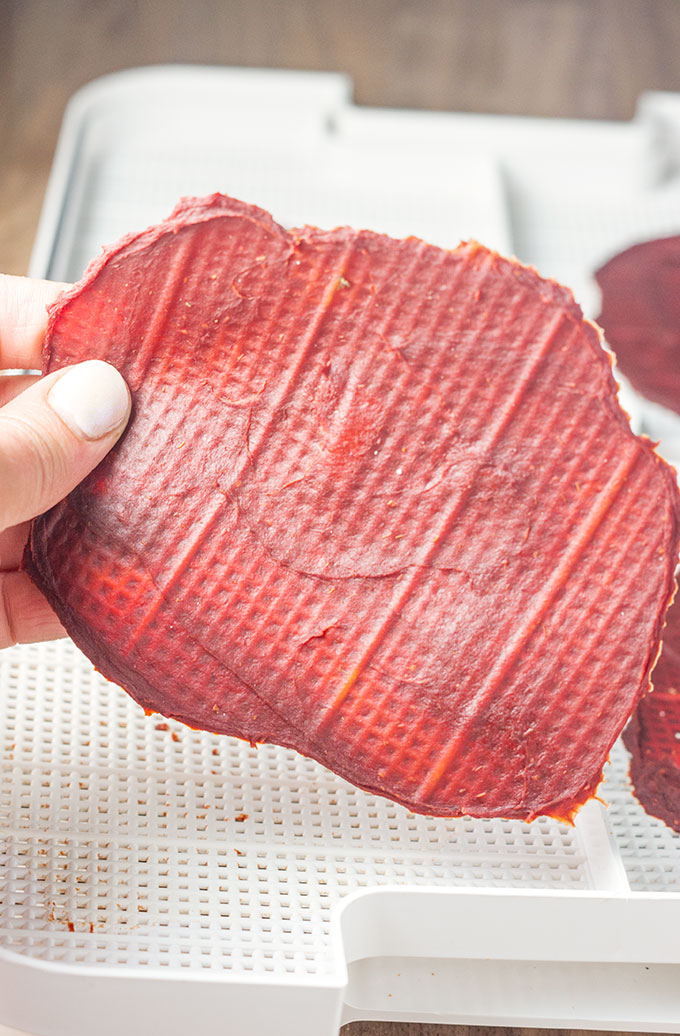 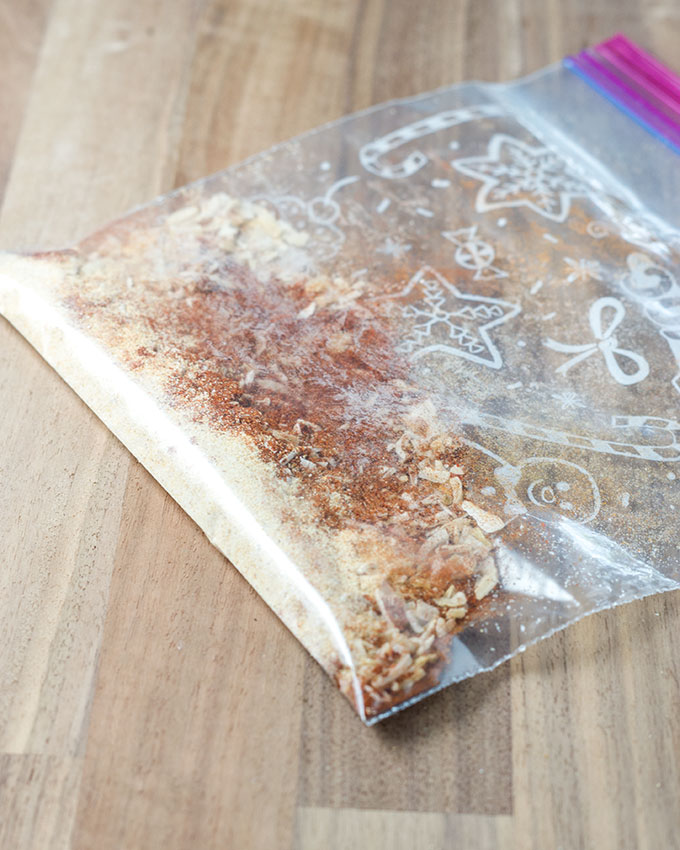 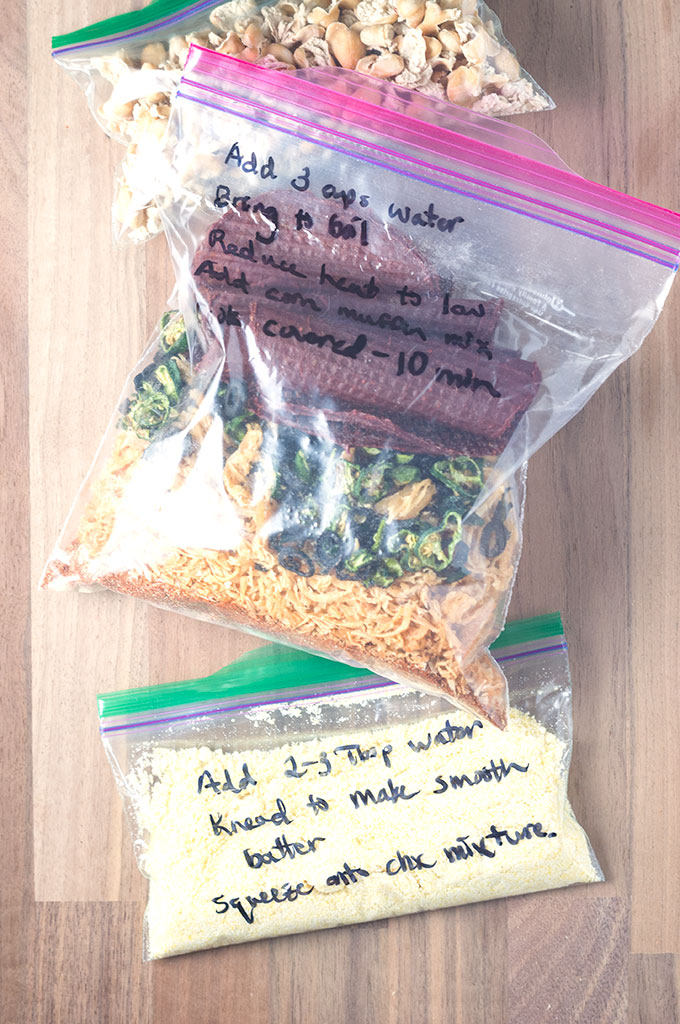 Write directions on the baggies. 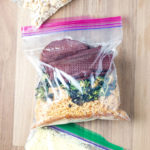