These waffles are amazing!  I’m talking incredible flavor, great texture, very filling, so satisfying.  And I’m not just saying that because it’s my own post.  I’ve had the idea in my head to make low carb ham and cheese waffles with almond flour for quite some time and now I’m wishing I would have made them sooner. 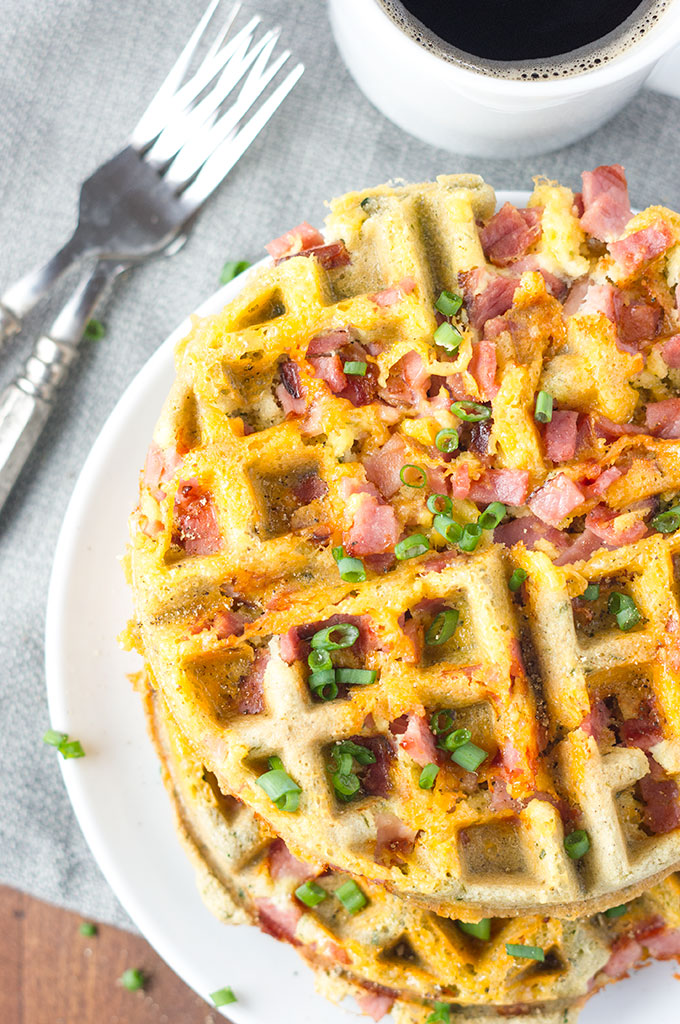 When I made the decision to start following a low carb diet, I just figured I’d be giving up waffles and pancakes forever.  And honestly, I didn’t really miss them that much… It’s not like I was eating waffles and pancakes every weekend.  But every once in awhile I get a craving for waffles and just have to have them. So I started looking for low carb and paleo recipes.  I tried a few different recipes and this one from The Primal Food Blog has been my favorite.  It’s a keeper.  I used the recipe as the base for these ham and cheese waffles. 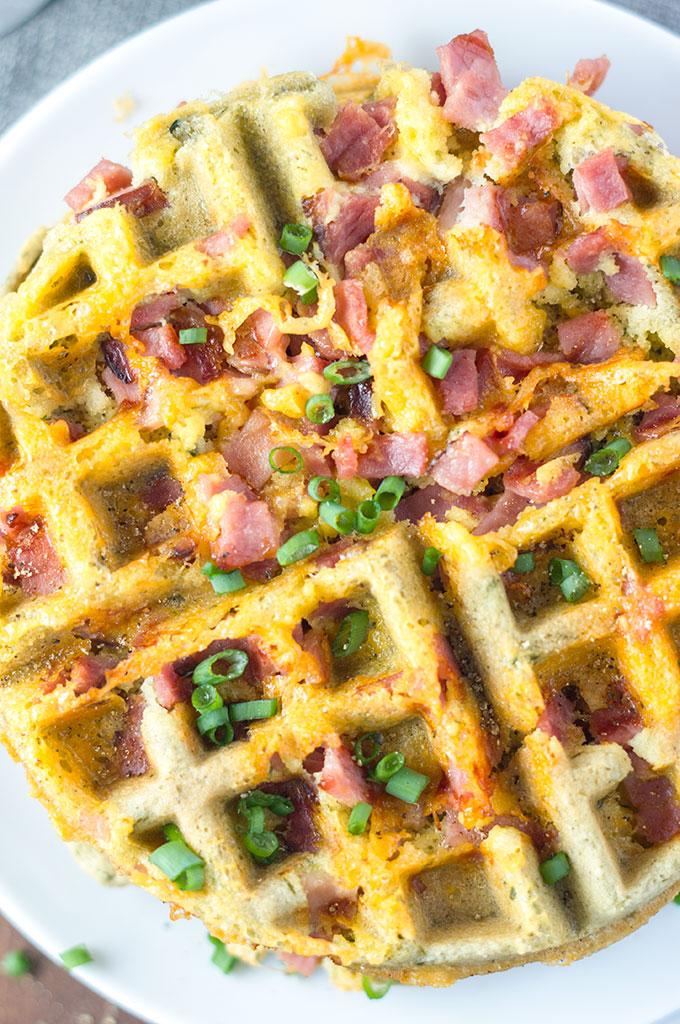 These waffles are easy to make and are a perfect weekend breakfast or brunch.  You can easily double or triple the recipe if you’re feeding a crowd.  The recipe makes 2-4 waffles, depending on your waffle maker.  I have a Belgium waffle maker so I only get two waffles out of the recipe, two giant waffles that kept us full for hours and hours. 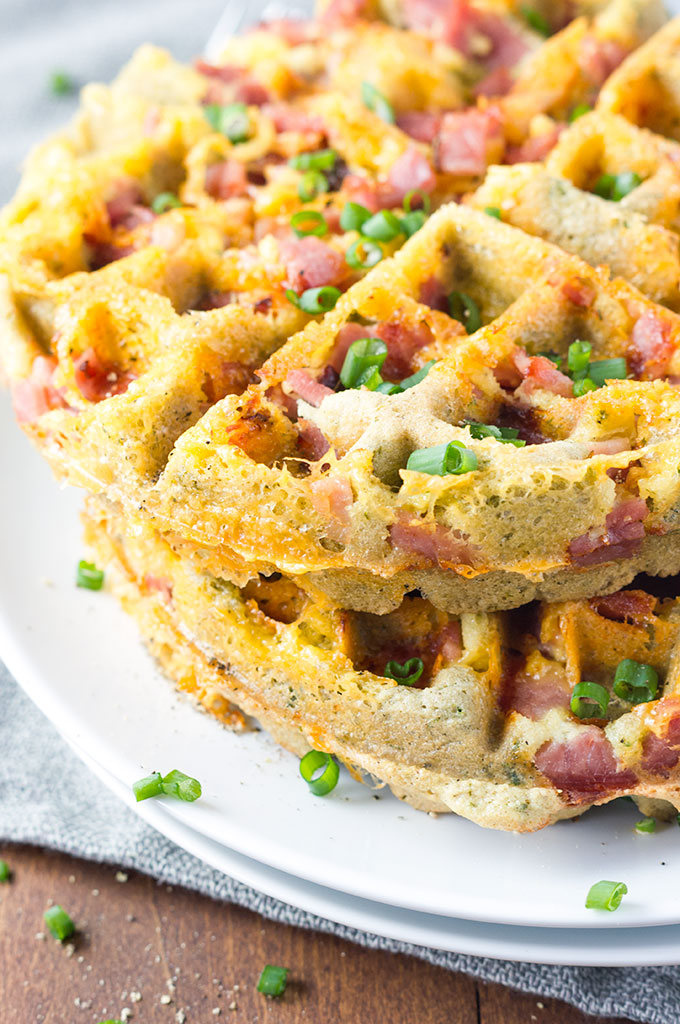 I love the flavor of almond flour with a savory waffle.  It pairs beautifully with the ham and cheese.  And using chives and black pepper to season the waffles helps to meld all the flavors together.  We ate these as is, no syrup or any toppings but I think you could easily top them with sour cream, plain full-fat Greek yogurt, more shredded cheese, berries, maple syrup, or honey…the possibilities are endless.  If you are watching your carbs, I’d recommend topping with sour cream and maybe even some hot sauce too.   Maple syrup, honey, and berries will all increase the carbs. 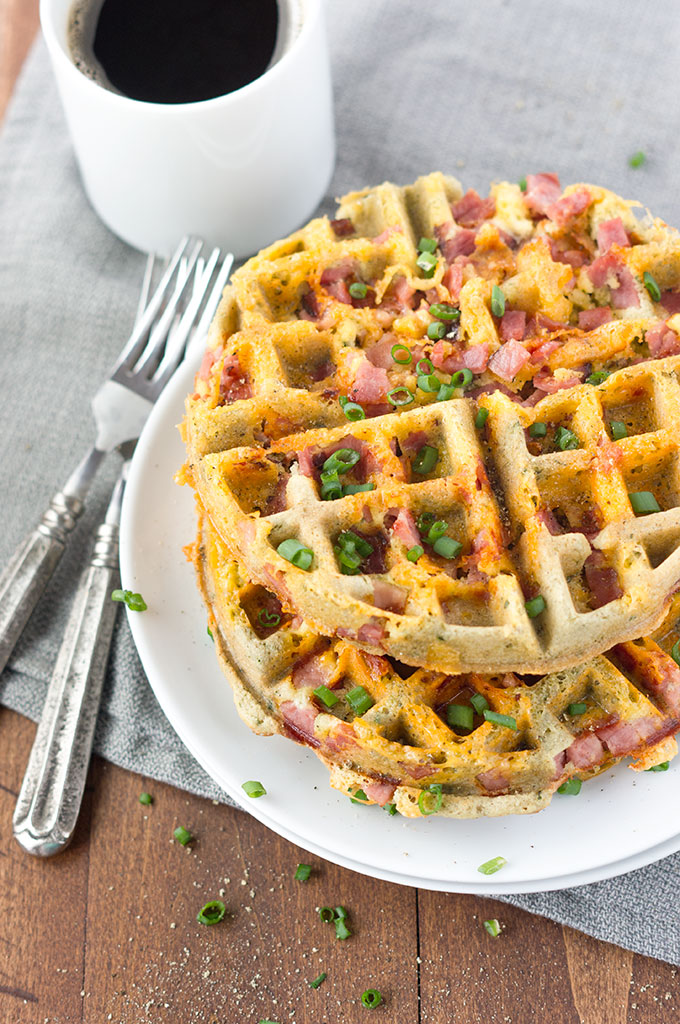 Let me know what you think of these waffles.  Hopefully you enjoy them as much as we do!

** Full disclosure, we received a payment for linking to page. We only ever link items we actually like, have, use, and believe are quality! ** 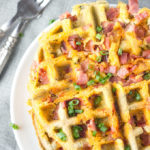 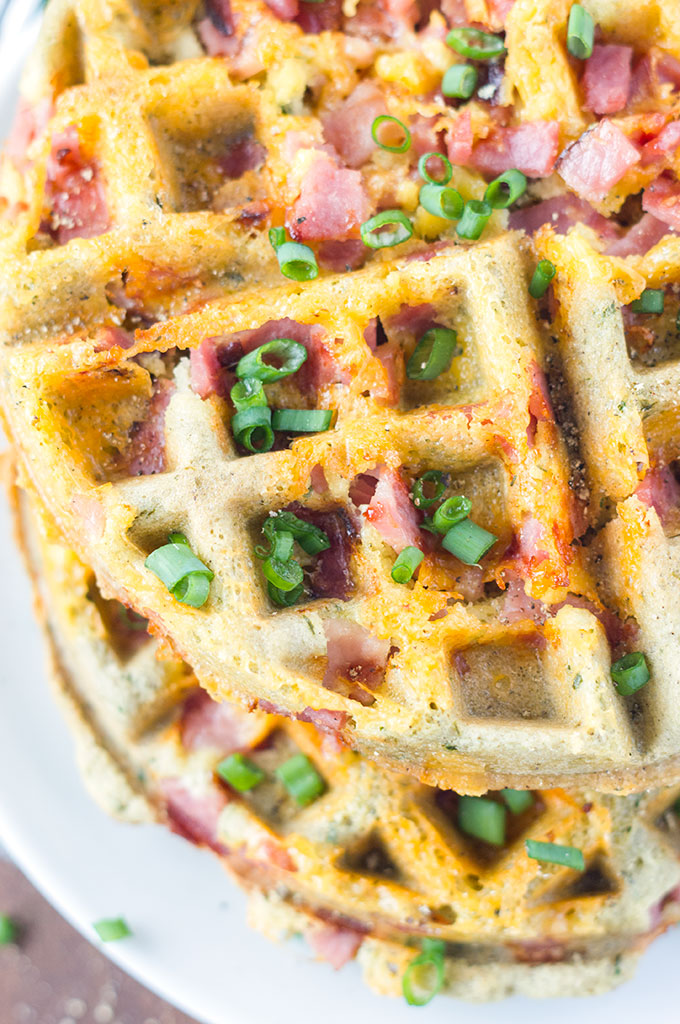