I realize Brussels sprouts aren’t everyone’s favorite vegetable.  I hated them as a kid and didn’t even try them again until I was in college.  Usually I roast Brussels sprouts with bacon.  Because bacon makes everything taste better, right?  But for this recipe, I tried something different. And it’s so delicious.  Roasted Brussels Sprouts with Brie and Pecans is now my new go-to way to cook Brussels sprouts.  Also, I think you could still add bacon, if you wanted. 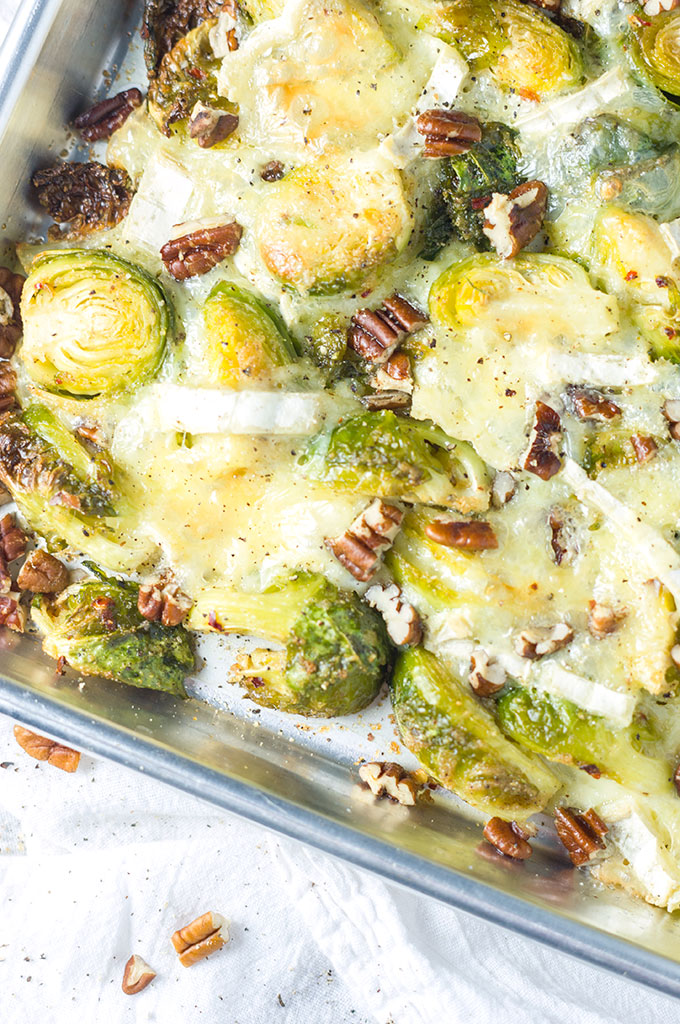 Kris was a little skeptical of me adding brie to Brussels sprouts.  He immediately asked where the bacon was when he saw that I was making Brussels sprouts.  Unfortunately, (or fortunately) for Kris, we had had bacon with breakfast that day and so I decided that we didn’t need bacon again with dinner.   I really only came up with this recipe because I didn’t want us to have bacon twice in one day.

Roasted Brussels sprouts with brie and pecans would be a perfect side dish for Thanksgiving.  Or I’d pair it with steak.  The recipe is really easy to make.  The most time consuming part is cutting up the Brussels sprouts. 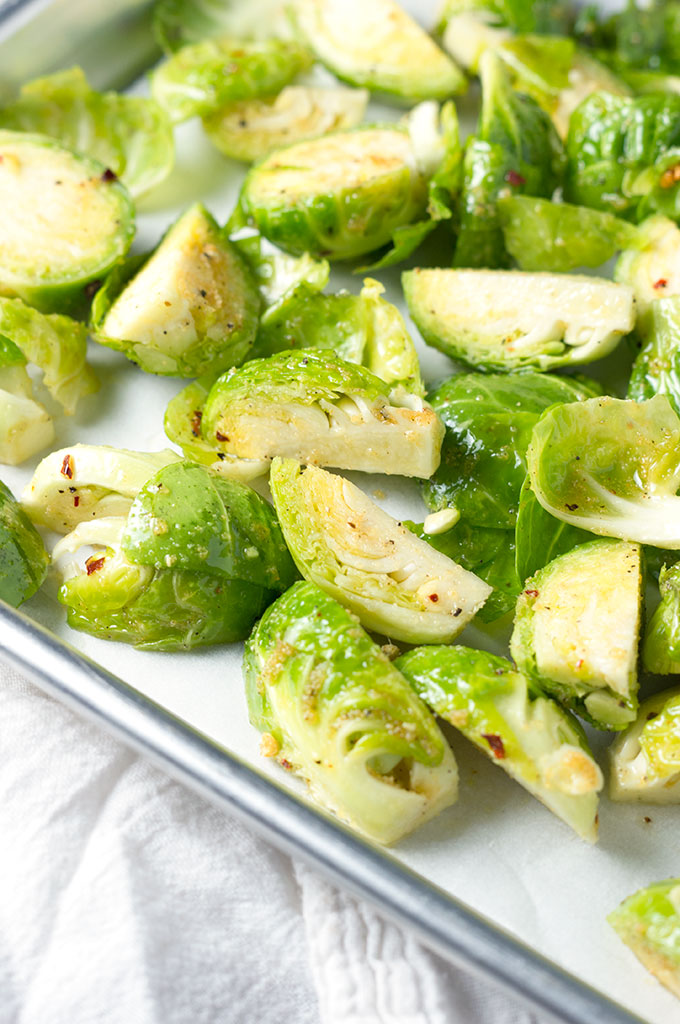 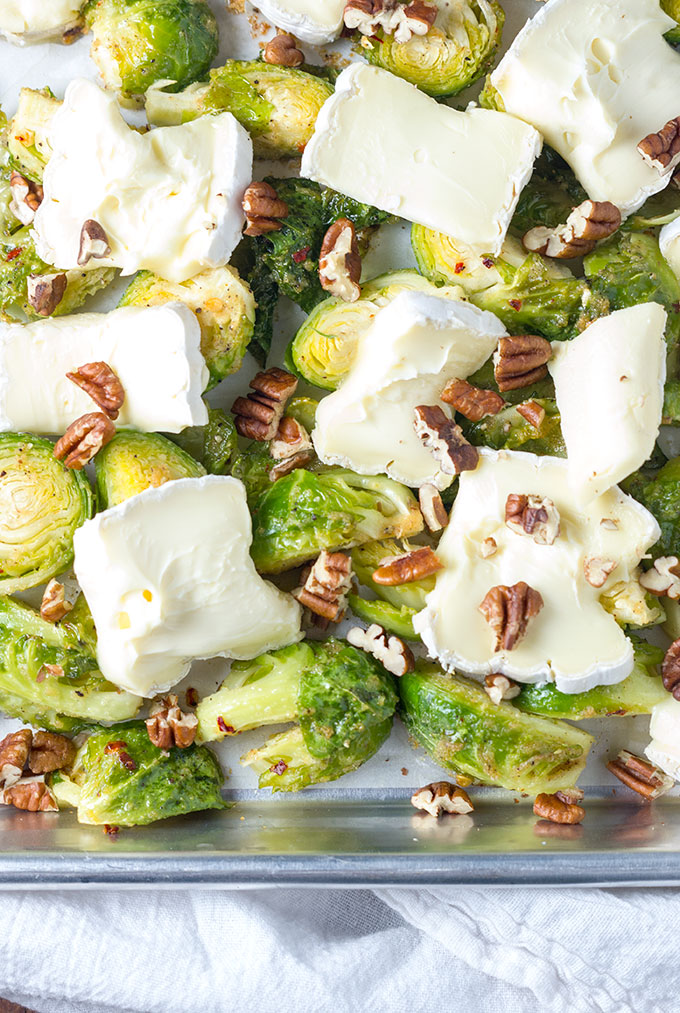 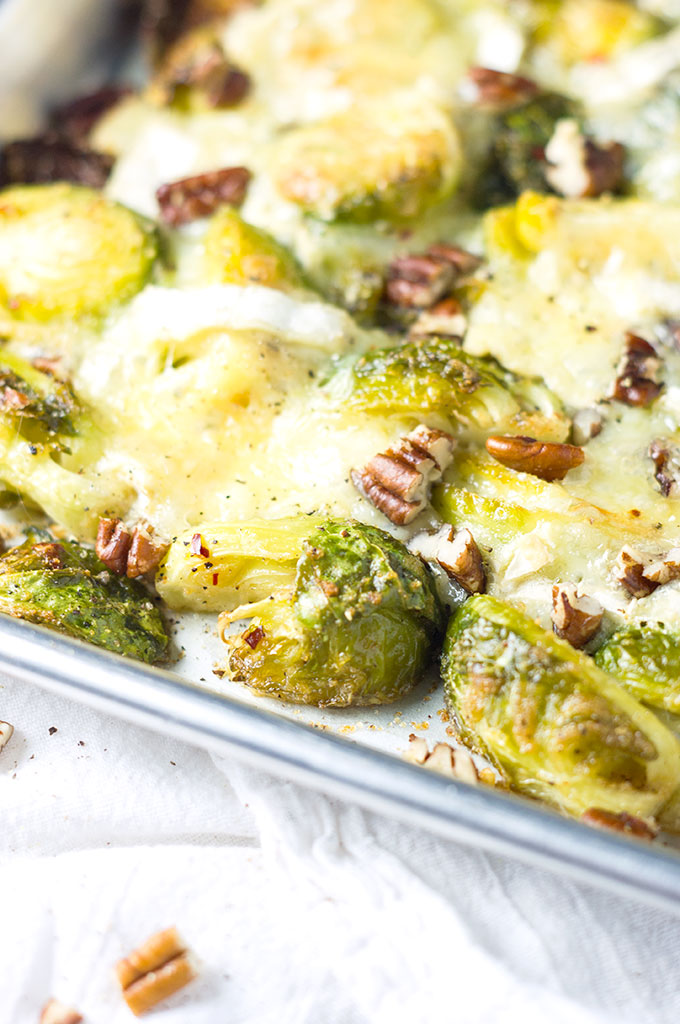 Toss the Brussels sprouts with olive oil, garlic powder, salt, pepper, and red pepper flakes.  I roasted the Brussels sprouts on their own for about 15 minutes or so.  And then I removed them from the oven and added the brie and pecans.  I then I finished baking the Brussels sprouts, brie, and pecans until the cheese was super melty and started to get a little crispy around the edges.  I’d say that I baked it for another 15 minutes.  I might have eaten this by itself for dinner one night when Kris was out of town….So this recipe is definitely going to be making a regular appearance on my dinner table. 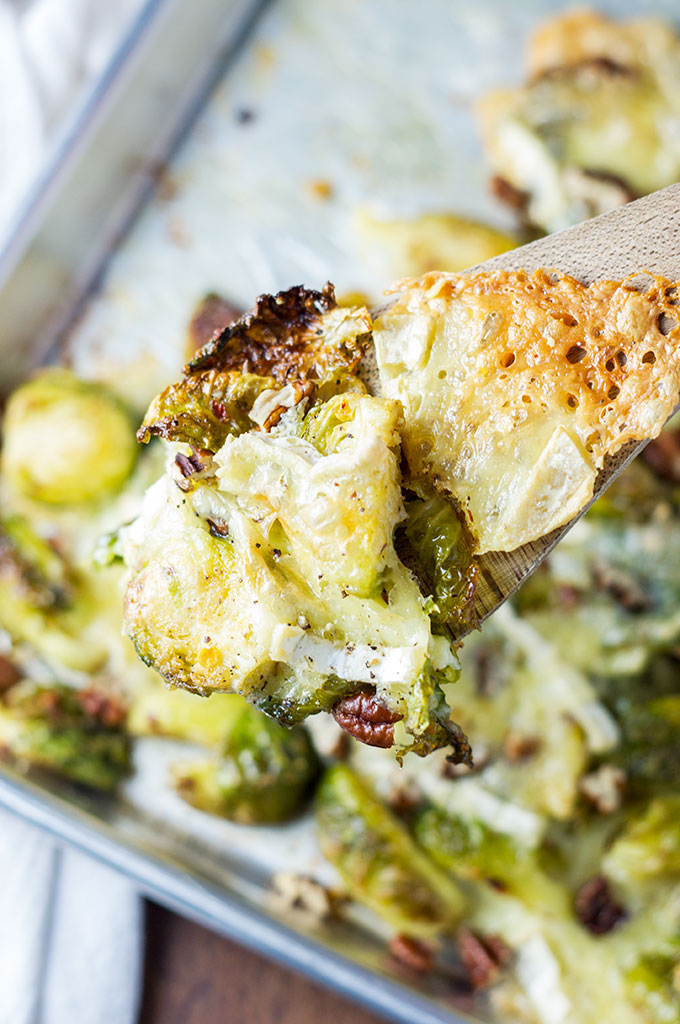 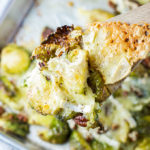