These meatballs are the best! Half ground beef, half spicy Italian chicken sausage, lots of garlic. And the marinara sauce, even more garlic!  I love garlic.  Pretty much everything I cook has lots of garlic; Kris would say an overabundance of garlic, but he’s used to it by now.  If I’m being honest, I usually at least double the amount of garlic in a dish when I’m making it for myself than what I write for a recipe for all of you…. 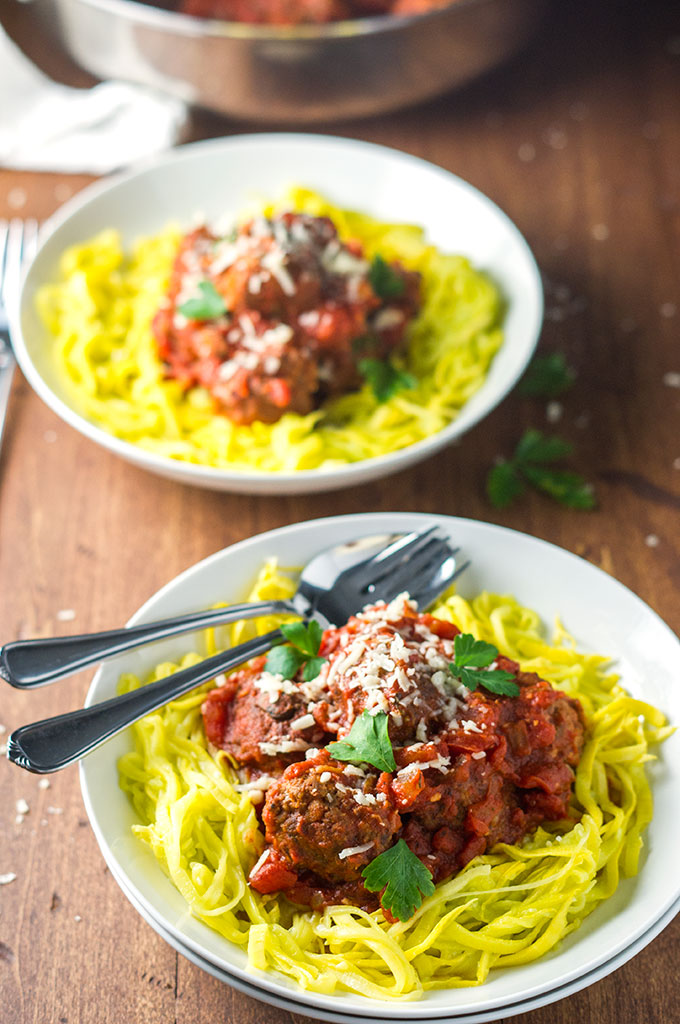 Making meatballs takes a little bit of time and you better be prepared to get your hands dirty.  I think I washed my hands a hundred times (slightly exaggerating).  The whole process actually goes pretty fast once you get into a rhythm.  Form the meatballs, place them in a hot skillet, sear, turn, and then repeat.  I never had meatballs growing up.  It was always just spaghetti with a meat sauce.  I remember the first time I had them was at a wedding reception, and I thought they were the bomb! The best thing I’d ever had!  And I idealized meatballs for years!   I don’t think I made them myself until I was out of college though….  I remember making them for my parents once, and they turned out just okay….I might have used a crockpot to cook them and probably didn’t sear them first and I think I used ground turkey…. ehhhh, just bland, boring meatballs.

But now we mostly use zoodles instead of pasta.   I wonder, if Kris had known that back then that his future held oodles of zoodles instead of pasta, that maybe he would have been more appreciative of that angel hair pasta… I used yellow crookneck squash in place of zucchini for this dish.  Sometimes I feel that zoodles and marinara sauce look too Christmasy…too red and green.  The parsley and marinara is almost too red and green for me, almost…. I have to say that I love the contrast of the yellow crookneck squash with the red marinara and meatballs.  Kris said we should call them “croodles”…. You could still use zucchini with this recipe, or spaghetti squash would work great too.  My mom always planted crookneck and zucchini in her garden every year.  I know a lot of people call them yellow summer squash but I was raised calling them crookneck squash. 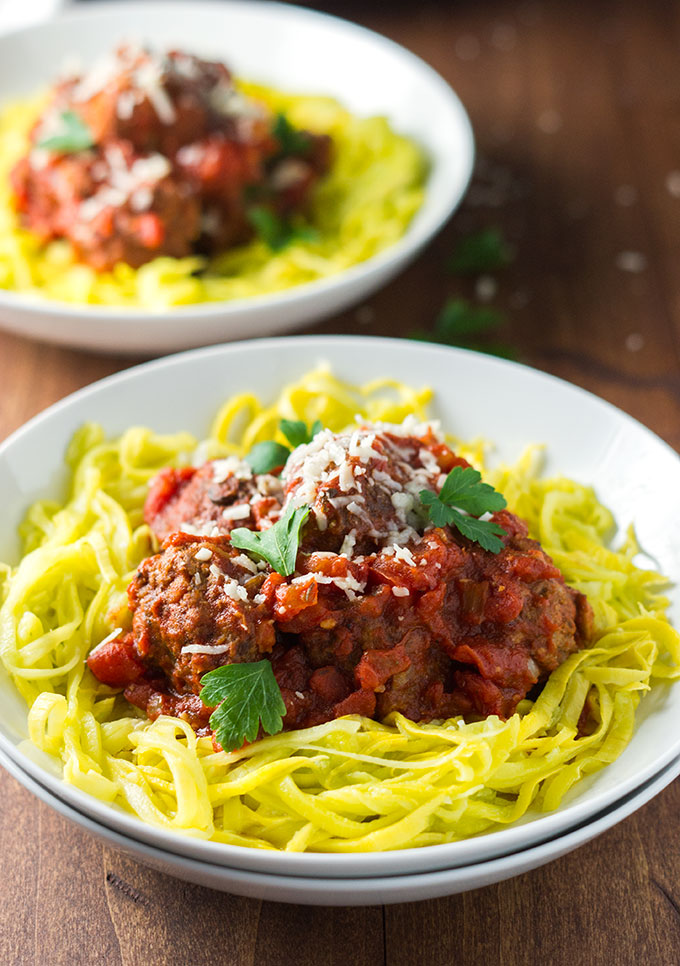 This recipe definitely makes enough for leftovers, especially if there are just two of you.  I’ve used this recipe for a long time but hadn’t made it in a while so I practiced twice in a row before I was ready to post it.  We ate meatballs for a week for dinner, and Kris had meatballs for lunch a few times as well.  Not necessarily a bad thing, too many meatballs. 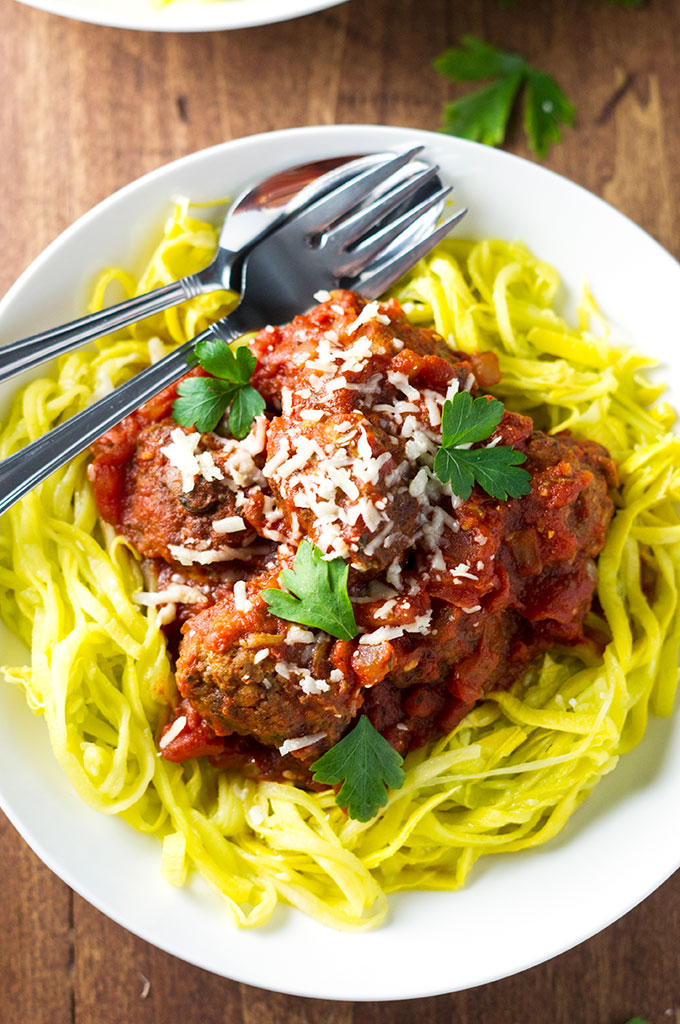 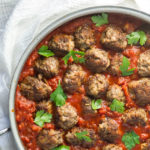