Fall has officially arrived in Idaho, meaning it’s time for cheesy casseroles, hearty soups, and spicy chilis in the Bound by Food household.   The garden is almost done, which makes me sad.  I picked the last of the peppers and almost all the tomatoes over the weekend.  Even though it’s still fairly warm here, the leaves are turning.  I decided to make chili with all my garden produce.  It’s the perfect way to use up an excessive amount of peppers and tomatoes.  This is a traditional meaty chili.  Did you know that authentic chili recipes are bean-less? 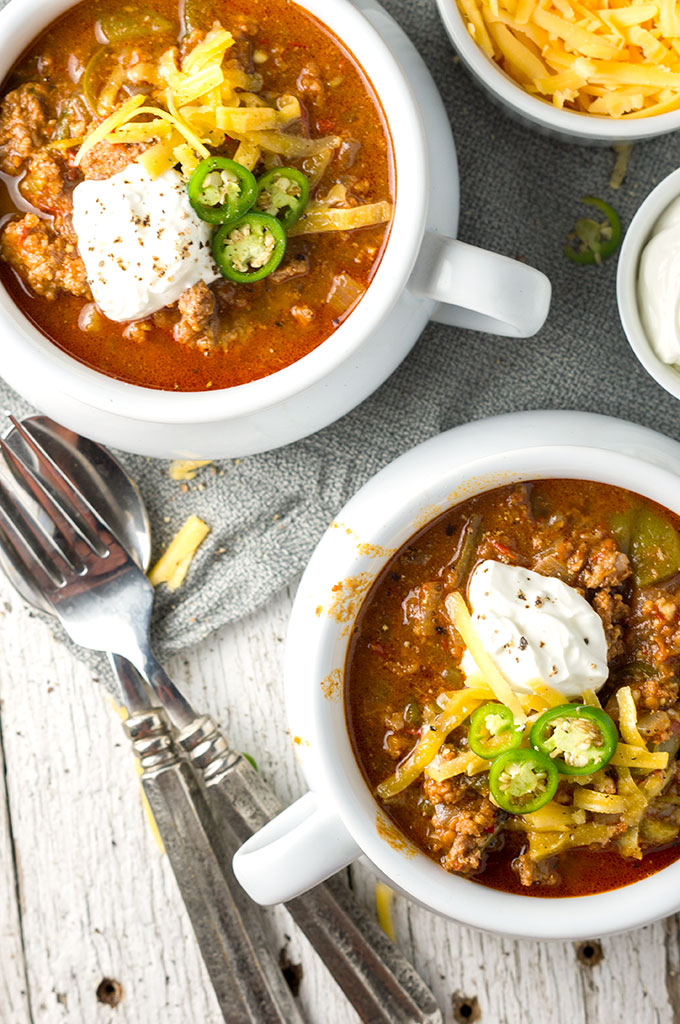 Unfortunately the peppers in my garden are not very hot.  My plan was to create a crazy, spicy hot chili, but  because all my peppers are on the mild side of the heat scale, no luck.   If you are using hot peppers in your chili, I recommend dialing back on the number of peppers you use and adding more onions and bell peppers in place of some of the hot peppers. 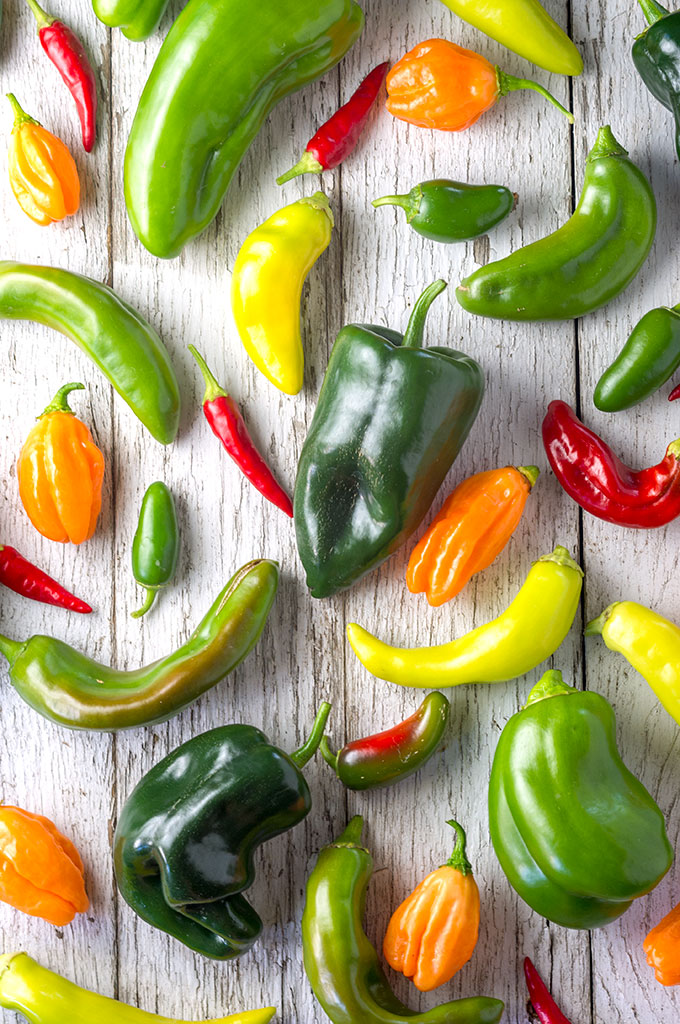 This chili has habaneros, Thai chili peppers, jalapeños, Anaheim peppers, Hungarian hot peppers, poblano, and bell peppers.  Even with all hot peppers, this chili in the mild to medium range.  Which is crazy!  You would think that with seven varieties of peppers, most of them hot peppers, that this chili would burn a house down! But nope, no luck… No clue why our peppers are so mild… The chili is still delicious though, don’t get me wrong, just not as hot as I would like. 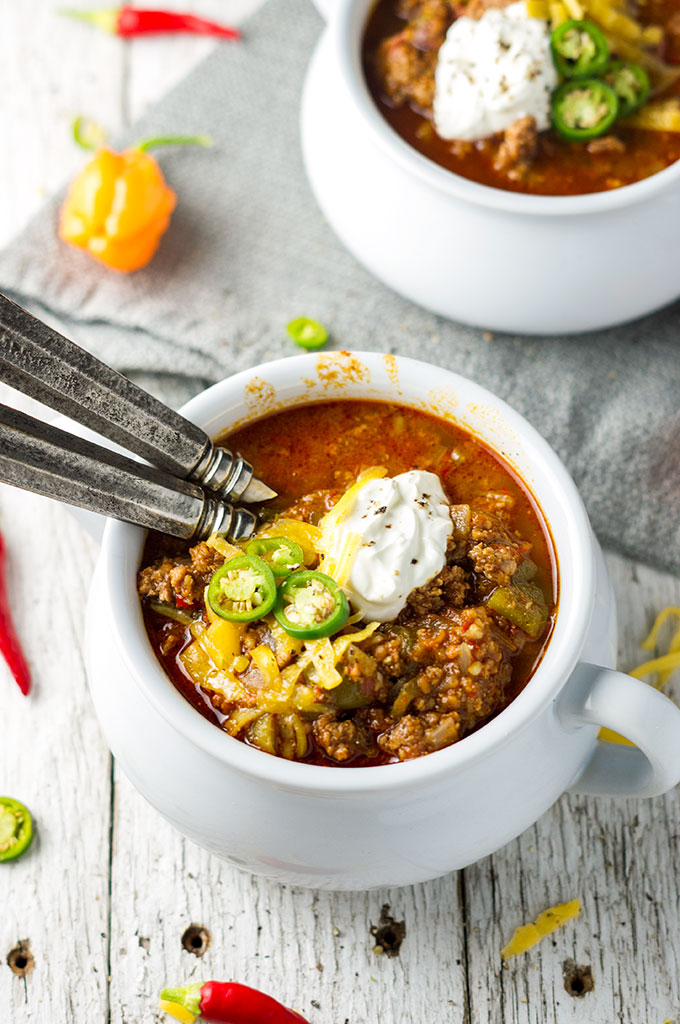 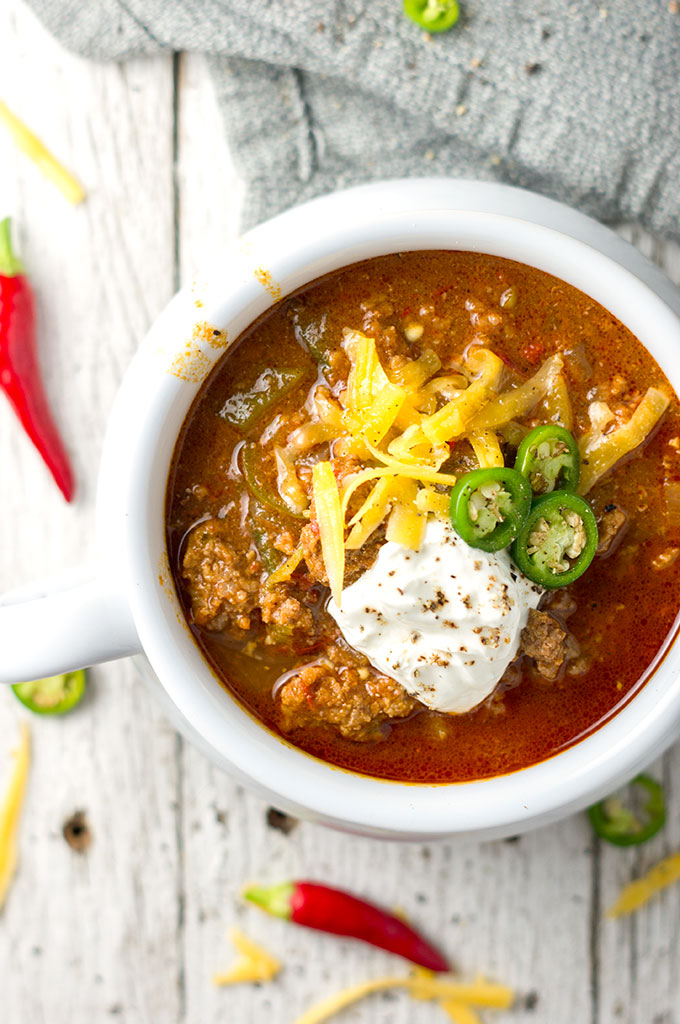 I’ve been a little absent the last few weeks.  Work has been crazy, my brain fried when I get home. I’m still doing a CrossFit 101 class three days a week, but lots going on at work and after work.  Almost every weekend has been jam-packed as well.  We’ve either been out of town, had company or family in town, or been doing some serious housework. 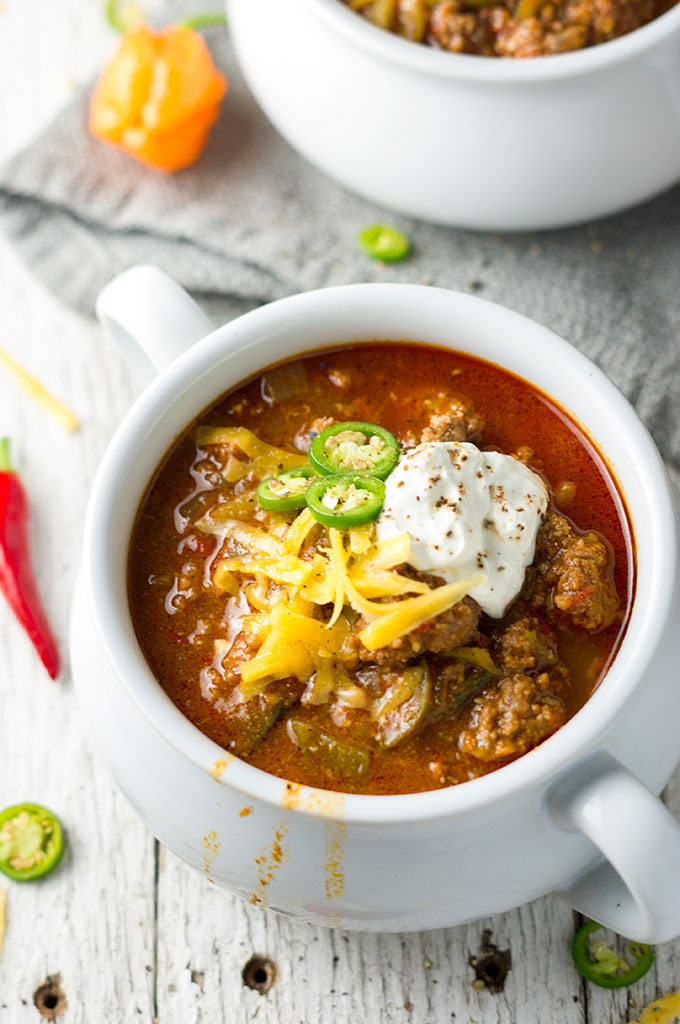 Luckily, my work schedule is changing, which makes me really excited! More time for food blogging!  I’ve also decided that I’m going to start working on establishing a nutrition counseling private practice.  It’s going to take some time to get myself organized.  I’m actually pretty nervous to go out on my own, but I want to start working with people who want to eat better and improve their health.  Most of the people I see in the hospital, both as inpatients and outpatients, are quite sick.  One of the main reasons for this blog is that I want to inspire people to eat healthier. Anyway, more to come on this in the next few weeks.  In the meantime, go make some chili and hopefully your chili is spicier than mine! 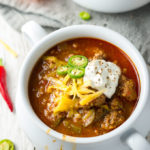