If you’ve been following me for a while, you’ll know that I eat a lot of salads.  And you’ll know that Kris hates my “everything in the fridge goes” types of salads.  I’m much more successful when I make a specific type of salad instead of just tossing in all, and any available, vegetables.  Inspiration for this Simple Greek Chicken Salad again comes from the hospital cafeteria where I work.  Seriously, they are just rocking it! 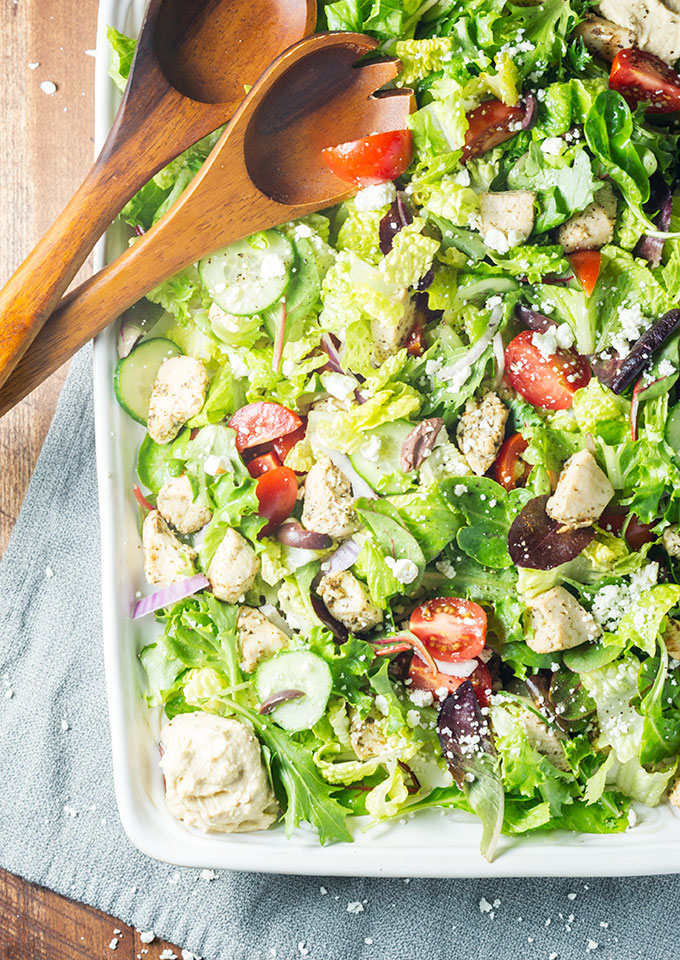 This salad is going to be a repeating meal for us.  Kris really liked it and it makes a great lunch or dinner salad.  And it’s pretty easy to make.  I was able to assemble all the ingredients and make the salad while the chicken cooked.  And then as soon as the chicken was done, we were ready to eat.  Simple meals are by far the best!

And I love the Greek flavors.  This salad is almost like eating a chicken gyro, almost….  I opted not to include pita croutons, but that would be a tasty addition.  I also completely forgot to add in artichoke hearts.  The can was in the cupboard waiting for this salad and I spaced it.  So when you make this salad, make sure you add in canned artichoke hearts. I like the quartered ones, otherwise you’ll have to chop them. 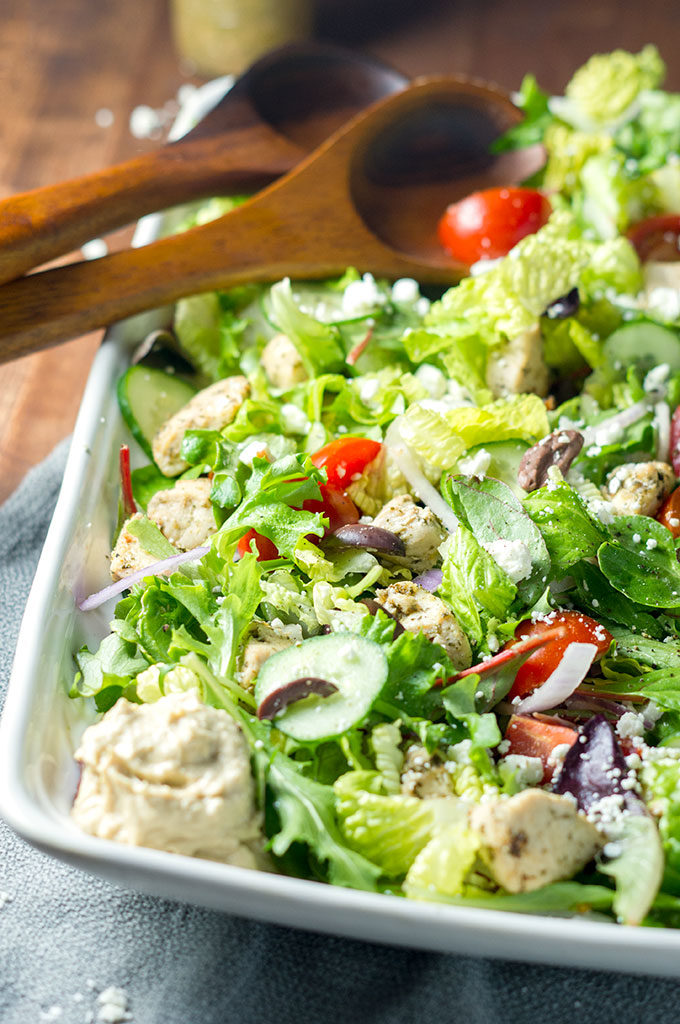 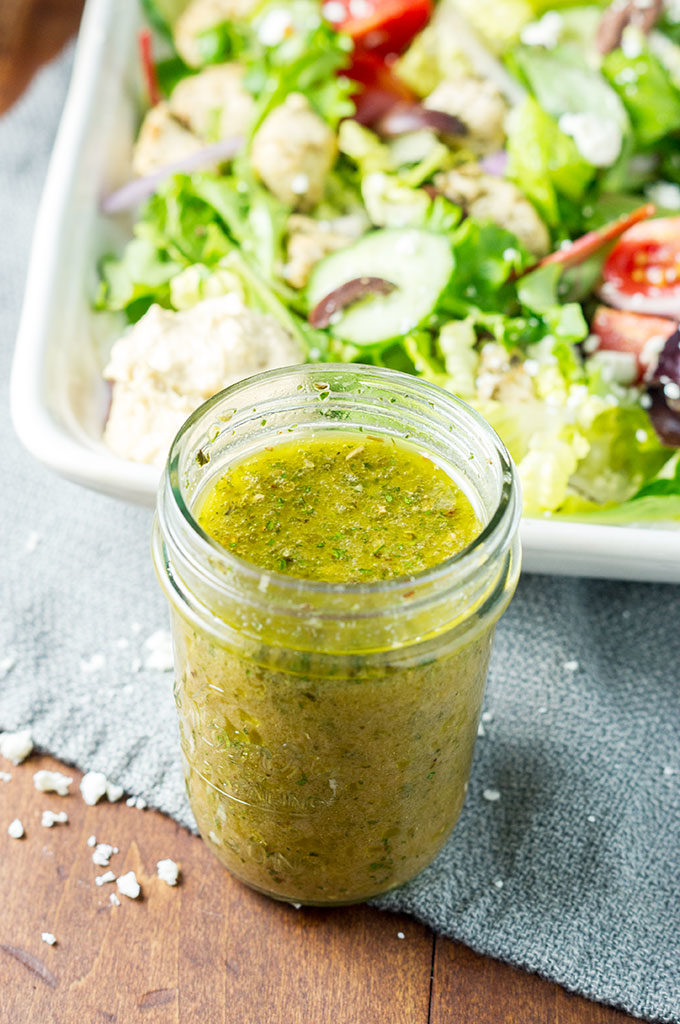 So to make the salad, start by cubing the raw chicken.  I usually don’t chop raw chicken but it does cook much faster if you cut it into about one-inch pieces and cook it that way instead of cooking a whole chicken breast and then chopping it.  While the chicken cooks, assemble the remaining ingredients.  You can either make a giant salad and let people serve themselves or make individual salads.  Whatever works best for you.

I started by arranging the lettuce on a platter and then spreading the rest of the ingredients on top. Yep, super simple, haha.  Sounds almost silly writing it out….lol. Anyway, I used fresh tomatoes, pitted sliced kalamata olives, thinly sliced red onion, sliced cucumbers, crumbled feta cheese, and hummus.  I made my own Greek vinaigrette dressing too, just put all the ingredients in a mason jar and shook it to mix.  Then add the chicken when it’s done cooking, and you’re ready to eat! 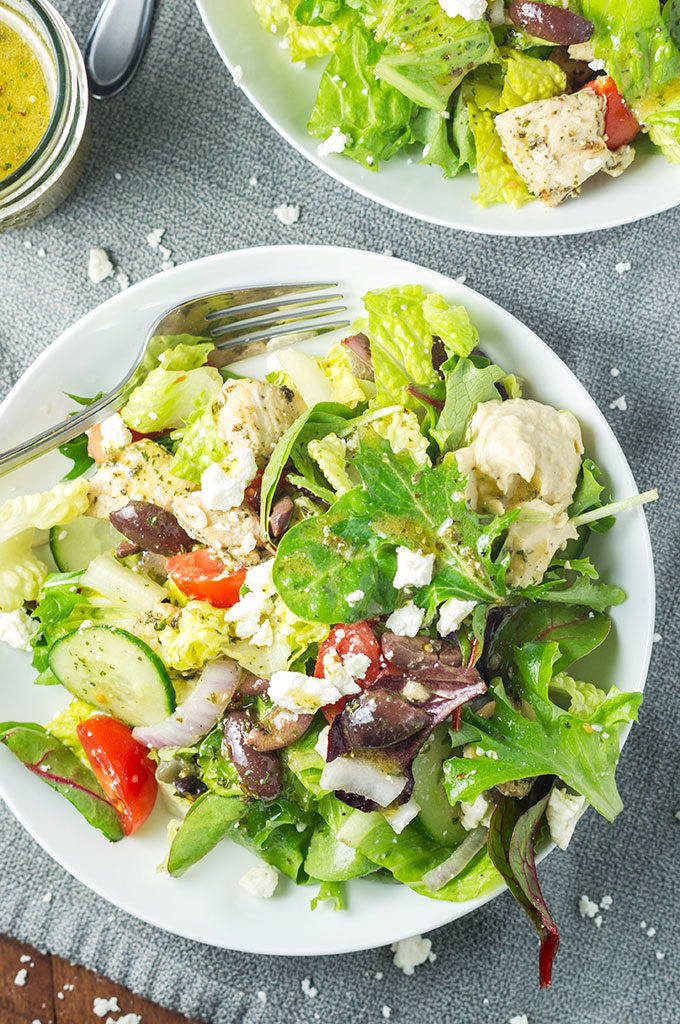 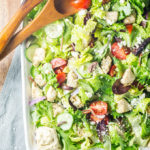 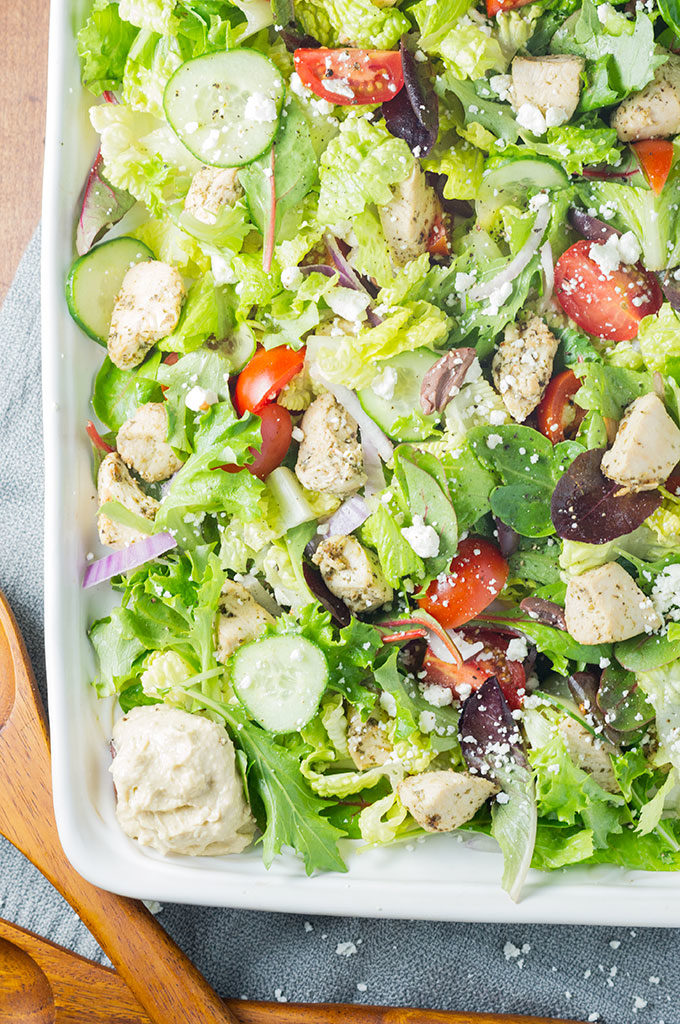