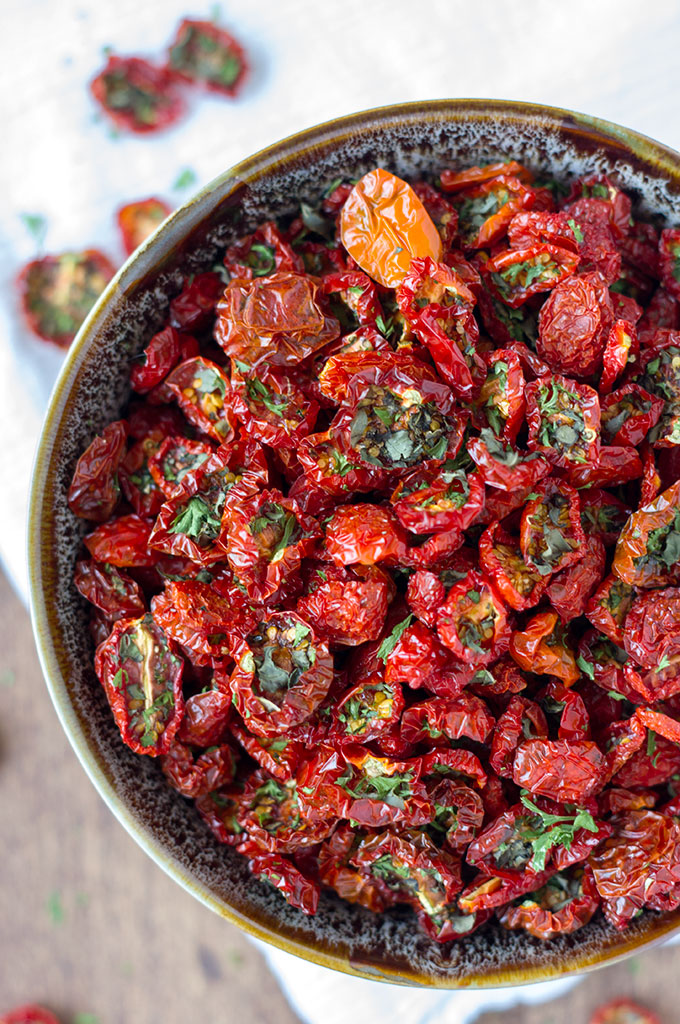 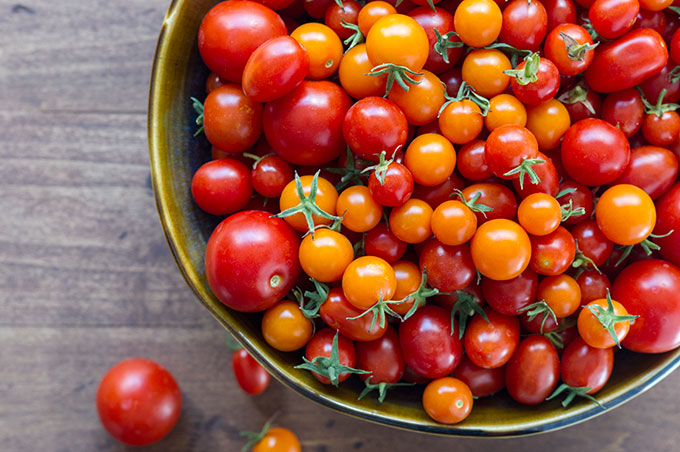 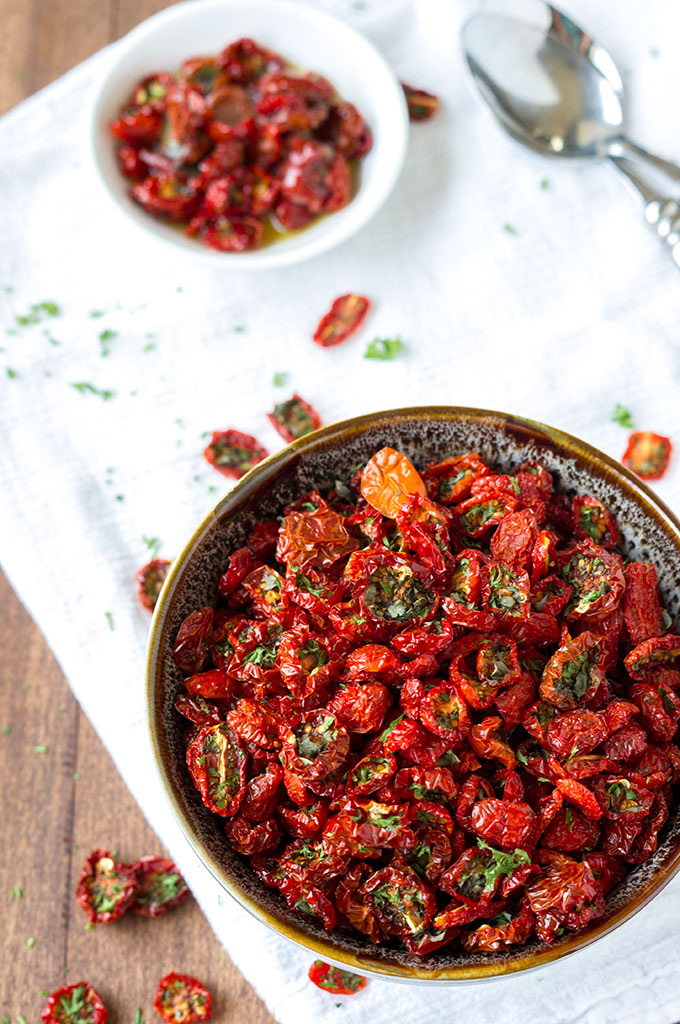 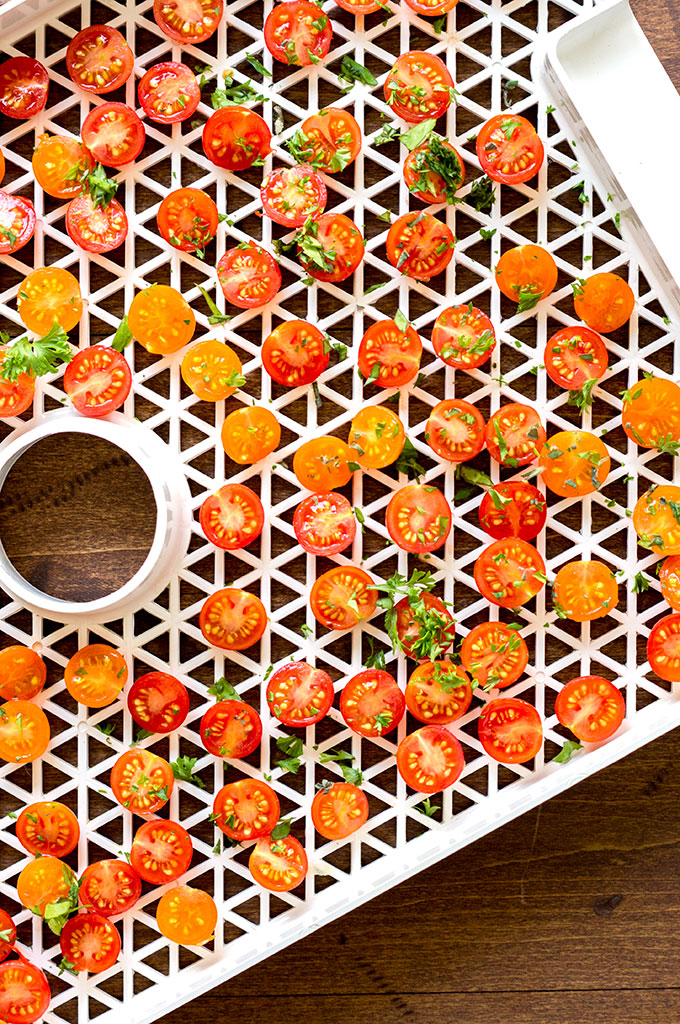 Sun-dried tomatoes are crazy easy to make if you have a dehydrator.  You can make them in the oven too but I find that I hate leaving the oven on low heat all day in the summer. With the dehydrator, I just cut the cherry tomatoes in half, place them on the dehydrator trays, and sprinkle the tomatoes with fresh herbs, salt, and pepper.  My dehydrator is really, really old. It was my grandma’s…probably from the 70s or 80s but it works and is one of my favorite underrated kitchen appliances.  If I ever have to buy a new dehydrator it would be an Excalibur Dehydrator

, they’re a little pricey, but top of the line.  It takes anywhere from 8-24 hours for me to make the sun-dried tomatoes.  The bigger, really juicy tomatoes take almost 24 hours sometimes.  The smaller, grape tomatoes only take about 8 hours.  So check your tomatoes frequently when you’re making sun-dried tomatoes. You can bake them in the oven at 250 degrees for at least 4 hours but it might take longer, depending on your tomatoes. 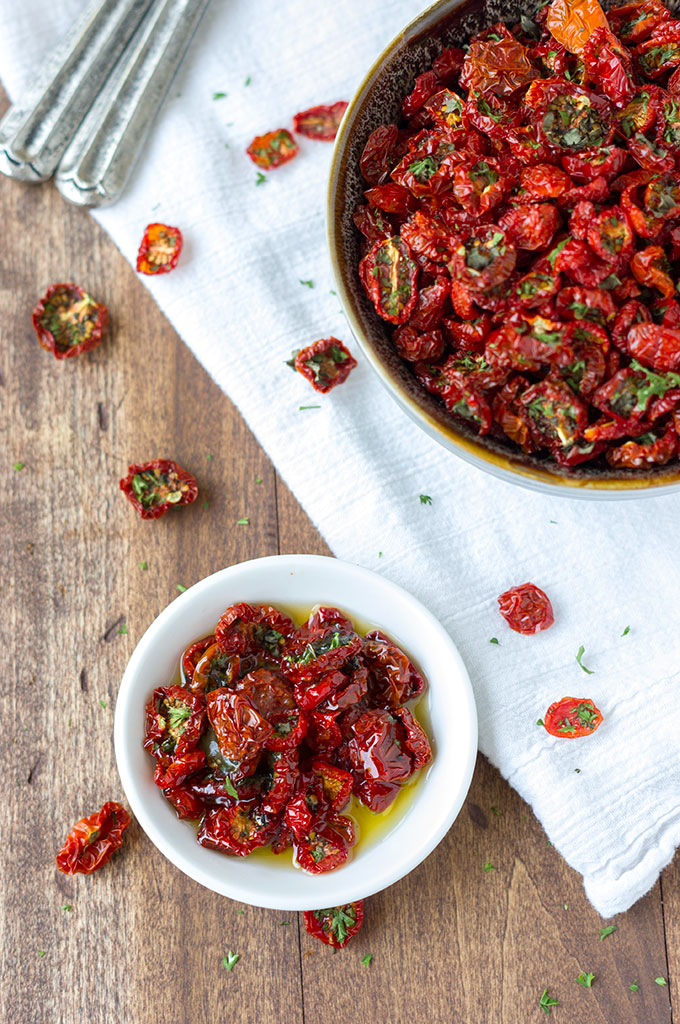 (** Full disclosure, some links on this page are amazon affiliate links, where we receive a small kick back if you purchase them.  We only ever link to products that know are legitimate products. **) 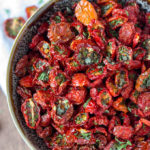