This is a recipe that will stand against all time.  It’s one of my go-to recipes for parties and family gatherings.  And it’s seriously one of the easiest and best recipes to have in your arsenal.  It really is the best spinach artichoke dip of all time.  I’m making it as an appetizer for this Sunday’s Easter dinner and think you should too! 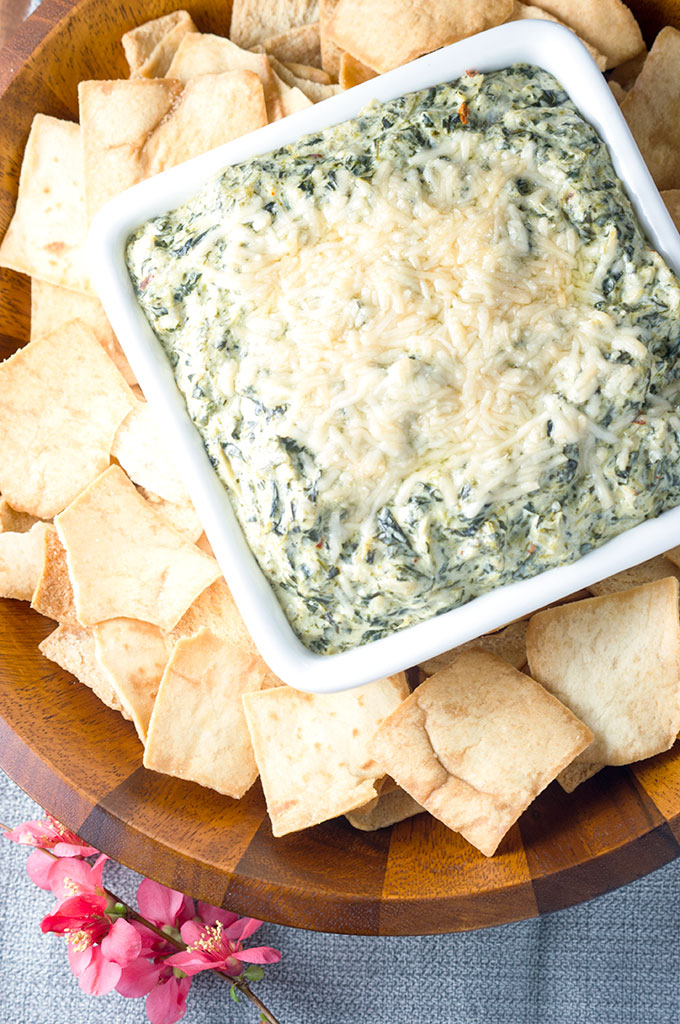 I’ve shared this recipe with lots of friends and family over the years and think it’s finally time to share it with all of you.  This best spinach artichoke recipe is based on Alton Brown’s recipe for Hot Spinach and Artichoke Dip.  I like his original recipe but think it’s far too complicated.  I have never been able to find a 6oz package of cream cheese, all the blocks are 8oz.  And frozen spinach comes in 10oz packages, but it’s way too much work to thaw out the spinach and measure one cup.  And I have never, ever found frozen artichoke hearts, only canned.  My recipe for spinach artichoke dip is much easier and makes a lot more sense than Alton Brown’s. 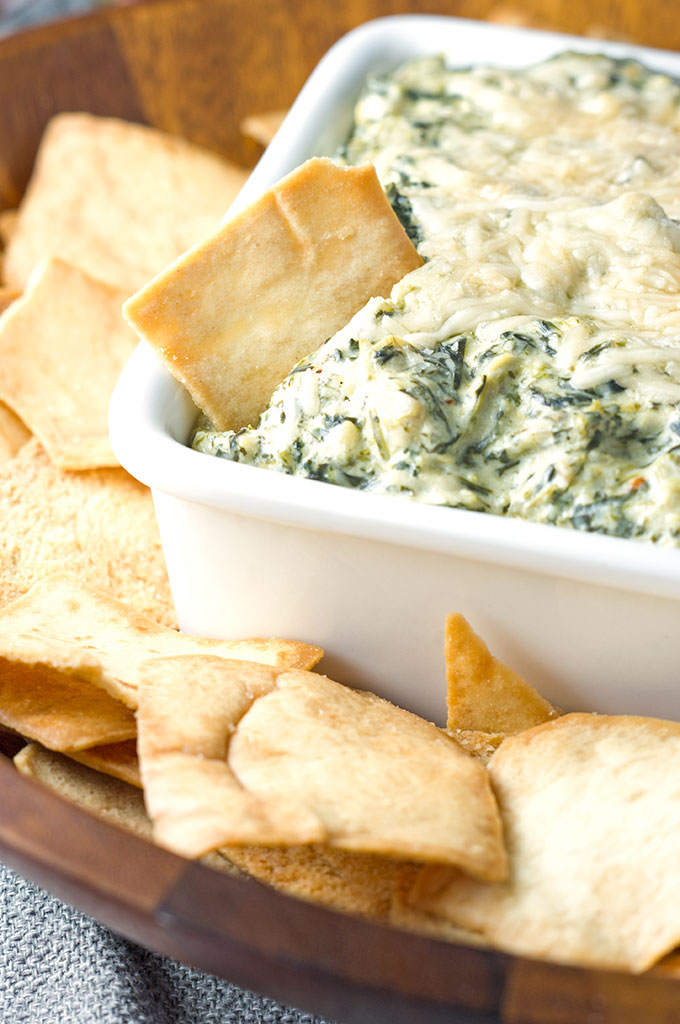 Another bonus for this recipe is it’s versatility.  I have cooked chicken in leftover dip, which is incredibly awesome!  Highly recommend using any leftovers to cover baked chicken.  And I’ve also make a spinach artichoke dip pizza, another delicious creation. You can freeze any leftovers.  This recipe makes a huge batch of spinach artichoke dip. It can easily be halved if you’re not making it for a party.  Or just make the whole thing and freeze half so you have the best spinach artichoke recipe ready at any time! Serve with pita chips, tortilla chips, sliced baguette, or vegetables. 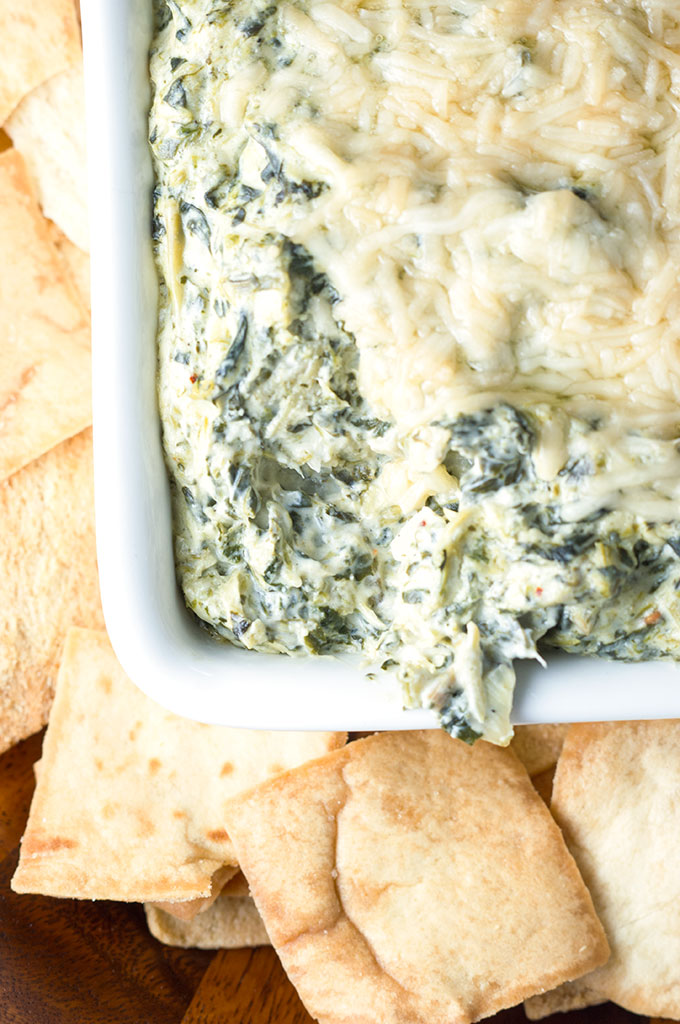 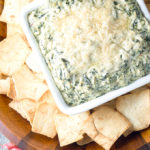 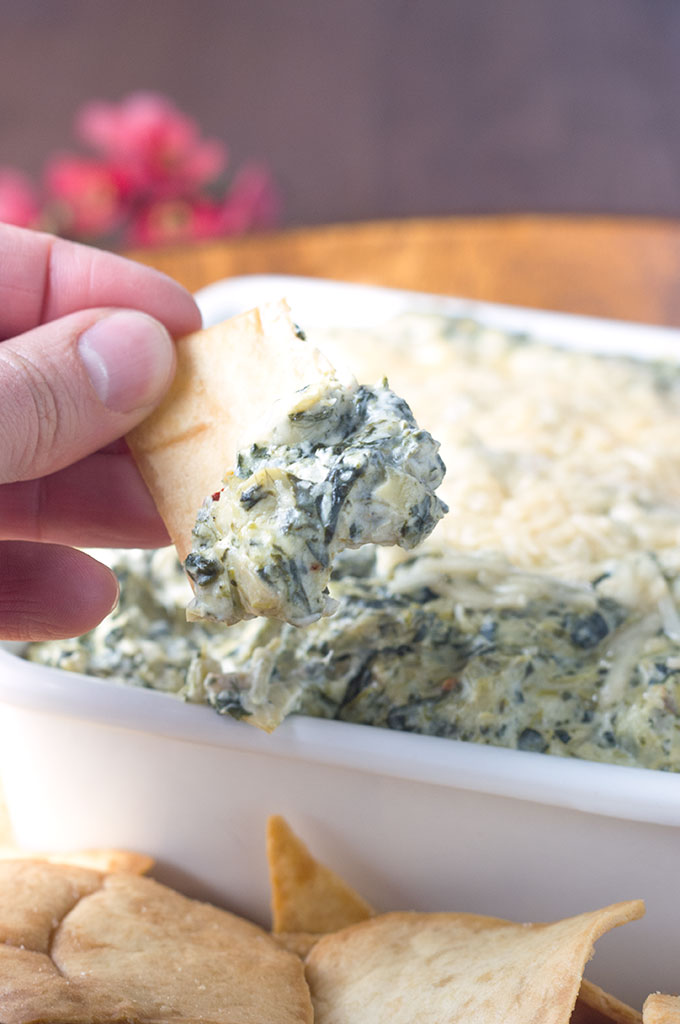