I had a post about turning thirty-three all ready to write last week, the whole thing planned out in my head and then when I went to write it, nothing.  I couldn’t get any words out, except thirty-three. I typed thirty-three at the top of the page and that was it. 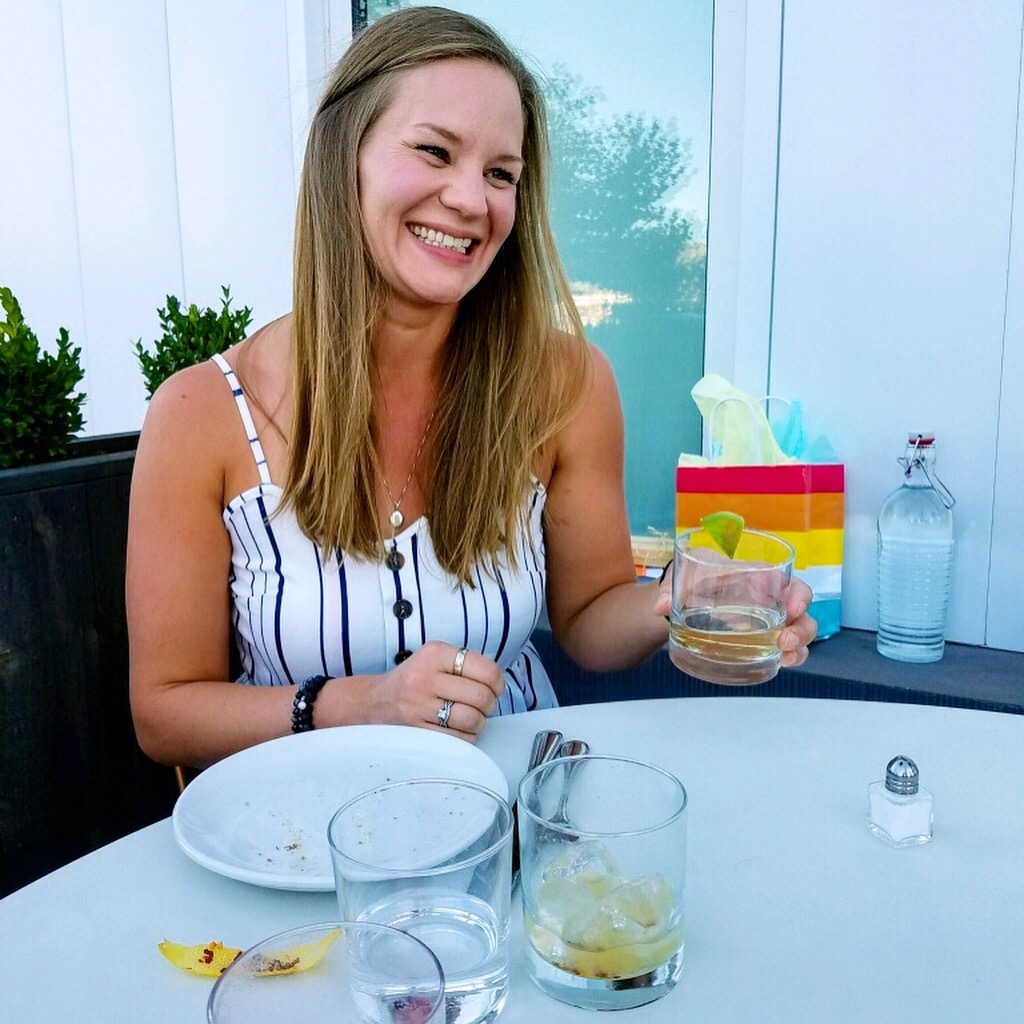 Another birthday, another year on this earth.  Kris didn’t make it past thirty-three. I was thinking about all the birthdays I spent with Kris.  And honestly, I can remember all of them except 29…

25 – A group of us went to Lucky 13 for pizza.  I made my own birthday cheesecake and then we went camping in Stanley, ID for the weekend.

26 – I think this was the worst birthday ever. I somehow ended up being the only girl on a guy’s trip to Oregon. Kris, Matty, Martin, and I drove to Bend, OR to see Charlie and then on to Portland.  I wanted to go camping but BSU was more important…. They tried to talk me into going to a strip club the whole trip….just lots of bars, so much football. Kris wouldn’t let me have coffee on the drive back home…horrible.  The closest I ever got to breaking up with him…

27 – Kris took me out to Brick 29 in Nampa, ID for brunch.  He invited Danny & Alyssa and Adam & Alexis as a surprise. Then we all went up to Bogus for a hike.  And Kris took me to dinner at Angell’s Bar & Grill. I remember asking Kris if he thought we’d get married during that birthday dinner.  We’d been dating for almost two years at that point and I wanted to know if he thought the relationship was headed in that direction. He did tell me that he thought we’d get married.  He proposed that January, which was actually sooner than I thought he was going to proposed.

28 – Kris took me to dinner at 10 Barrel Brewing and I ate a burger and fries, probably dessert too, stuffed my face.  This was twelve days before our wedding.

29 – I can’t remember this one.  My Instagram shows that Kris got me flowers. We probably went to dinner but I don’t remember where we went…..

30 – Kris planned a 30th birthday party for me.  We rode bikes from our house to the bars downtown, got stopped on our bikes by the police on the ride back to our house, and then had a barbeque.  Kris also took me to Chandlers for a birthday dinner.

31 – We went backpacking in The Seven Devils.  Kris took me to State and Lemp for dinner the week after backpacking.  He didn’t plan anything in advance and I gave him a hard time for forgetting my birthday and then he bought me a pair of purple Tieks!

32 – We were rafting the Lower Salmon River.  Everyone forgot it was my birthday, including me….I was in the middle of making breakfast when I remembered it was my birthday.  We made sourdough cinnamon rolls for breakfast. Kris took me to Capital Cellars when we got back in town. He told me he was going to make me something for my birthday and then he never did, I have absolutely no idea what he was going to make me.

33 – I slept in, went to CrossFit at 10am, sat out in the backyard in the sunshine, and then went to dinner with Alyssa, Adrienne, Judy, and Andrea.  Sam, Greg, and Moniki surprised me with a double shot of tequila. This is how you know you’re old, I couldn’t remember how to take a shot of tequila…I had to ask the girls and then it took a minute or two for all of us to remember. Lick, Salt, Shot, Lime. Got it! 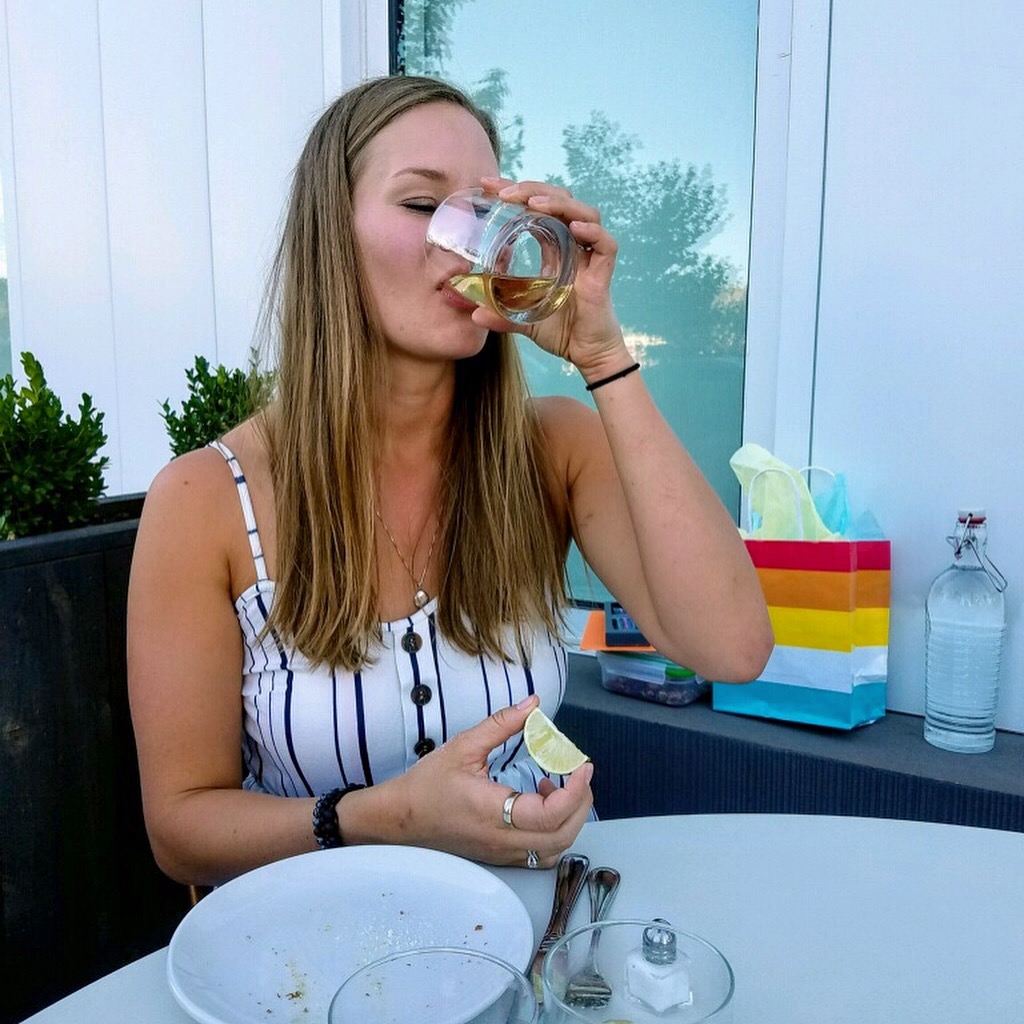 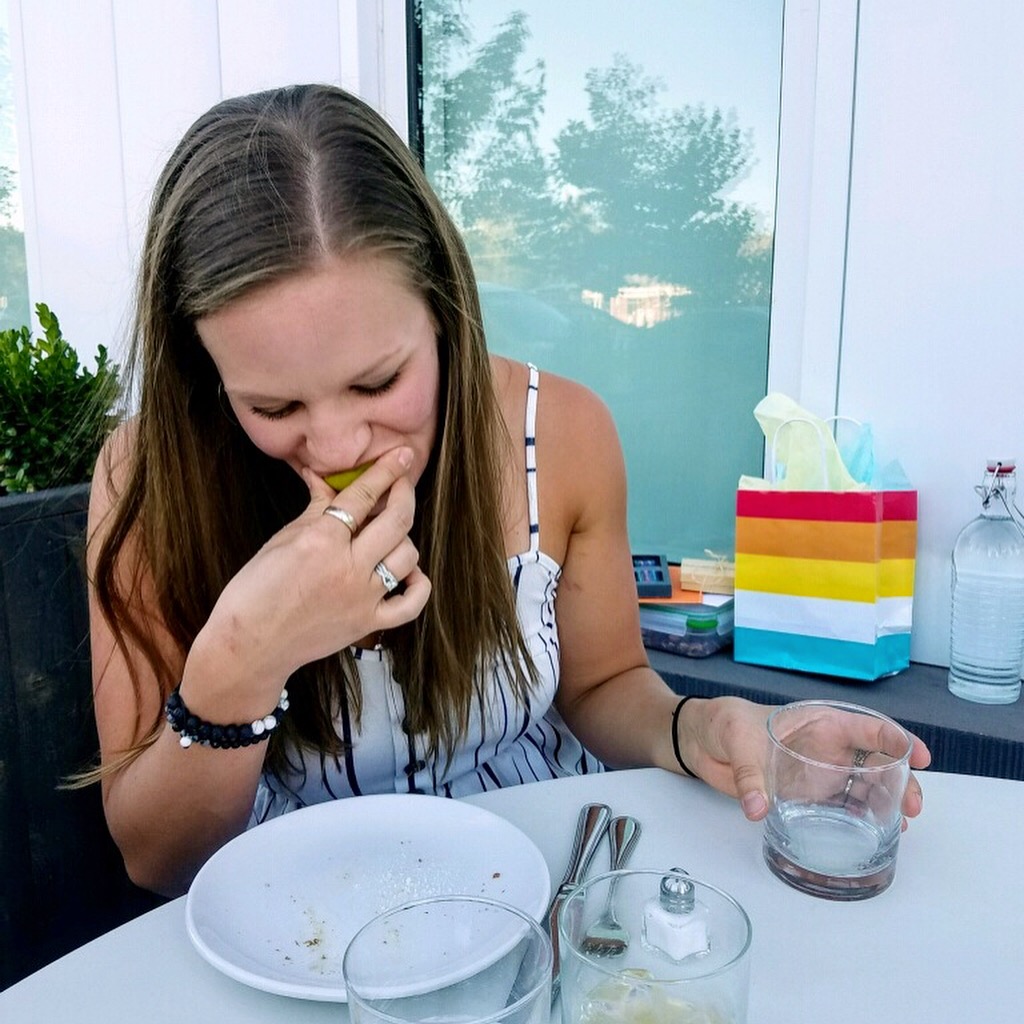 A birthday is just another day.  But birthdays should be big deals, always, especially now.  Every year celebrated.

If your next birthday was your last one, would you be happy with your life?

I’ve been going through Kris’s things. Cleaned out the closet.  I don’t have a ton of clothes but we have an older house and no walk-in closet.  I just figured that my clothes didn’t need to be crammed in one side of the closet any longer.  I have enough space that every tank top and dress can have its own hanger. But it was hard to physically remove his clothes from the bedroom closet and coat closet.  I found myself sitting on the floor in our entryway sobbing over his Chacos. Yeah, I put those old, nasty shoes in the keep box…. Part of continuing on with life is figuring out what to do with Kris’s things though.

The point I’m getting at, is that the stuff doesn’t really matter.  I mean, there’s a few sentimental things. And sure, it’s great to have nice stuff, but at the end of the day (or your life), it is just stuff.  The “things” that matter the most, are the pictures, the memories. What you do outside of work, the camping, rafting, backpacking trips, traveling, putting in the effort to stay in contact with friends, connecting with new people, spending time with family, those things are the fuel for our souls.  Too much stuff just complicates life, I think. I need simplicity.

I’m definitely not where I thought I’d be at thirty-three, obviously.  Being a thirty-three year old widow isn’t anything anyone thinks about, ever.  But I still think I’ve done alright for thirty-three, even with everything that’s happened with Kris dying.  My life could be much worse. That’s kind of my mantra lately, sounds cheesy, but realizing that I could be worse off helps me to keep going.  Not that what I’m going through isn’t horrible, or that what other people go through isn’t tough, but I still live in America and have a job, a house, a car, food, go to CrossFit…

Be grateful every damn day that you wake up.

Because you never know, ever.

I’ve traveled to sixteen countries, been skydiving, bungee jumping, paragliding, hiked in the Swiss Alps and Dolomites, rafted the Middle Fork of the Flathead, South Fork of the Salmon, and the Futaleufu in Chile, backpacked in the Seven Devils, stayed at a Buddhist temple, known real love, got married, had my heart broken, experienced grief like no other…

Seeing the world changes you.

There are still a lot of things I want to do in this life, places I want to go.  But right now, everything is on hold. And I just have to wait.

And I am learning (in progress) to let things be… things happen that are out of my control.  This is not an easy thing, I like to know what’s going on, give me a plan, some direction.

I am not the same person I was before Kris died and will never be the same.  How could I be?

I think, the most important thing I’ve learned in thirty-three years, is that you need to do those things you’ve always wanted to do NOW.  There’s no point in waiting. Get over yourself, get over your fear, doubt, whatever is holding you back.

I finally ordered Kris’s gravestone.  You get five words and then every word after that is $39.  Not that the price was limiting me on what I wanted it to say, but I kept coming back to “He lived with no regrets.”  I think that’s how Kris lived.

He lived a full life,  I can only hope to do the same.